History of the Breed in France

The breeding of purebred Criollos started in France in 1999, with the founding of the Haras de Treuscoat in Britany (North-West of France) by Mr. Philippe Bergeron (suffix « de la Selva »). The Haras moved to the South West of France and is now named Haras d’Andas.

Before this date, there were in France some Argentinian horses named “criollos” that had been transported from Argentina to Italy by boat. During many years important horse dealers from the North of Italy used to import horses from Argentina and Uruguay. Most of the horses imported to italy were slaughter horses, however some of them were sold to be good saddle and cattle horses. Those horses used to be sold as “criollos”, despite the fact that most of them neither had official documents, nor the morphology of purebred Criollos. In those boats, there were purebred Criollos with official pedigrees as well which contributed to the development of the first breeds, especially in Italy in Germany. Because of economical and administrative reasons, the transportation by boats from Argentina to Italy is now prohibited by the European Union in 2010.

More recently 5 others breeders started the breed of purebred Criollos in France. Most of these new breeds initiated their activities after buying Criollos in France (to the Haras d’Andas) but also in Germany. Today, there are in between 150 and 200 purebred Criollos with at least 8 purebred stallions in France. The French Breeding Association (AFECC) undertook an inventory to constitue the new French Registry of the Criollo.

Association and Registration of Criollos in France

In 1999 Philippe Bergeron founded the French Association of Breeders of Criollos Horses (Association Française des Eleveurs de Chevaux Criollos - A.F.E.C.C.). Since its creation the association did not undertake many activities due to the very few number of criollo breeders in France that were not even all part of the association. Indeed, some of them opted to be members of German Associations like the “Asociacion de Criadores de Caballos Criollos de Europa” (ACCCE).

However, at the end of 2015, upon request of the new Criollo breeders willing to be part of the AFECC, some modification of the articles of the Association were introduced in order to allow every French Breeder and owners to be part of the Association, and to ensure the promotion of the breed. The first General Assembly of the A.F.E.C.C. with the new members was hold on March 2016.

Until now there was no French studbook of the Criollos. This meant that purebred Criollos born in France had to obtain their registration in the Argentinian studbook directly before the “Sociedad Rural Argentina” (“SRA”) or the “Asociacion Rural Uruguaya” ("ARU") in Uruguay, depending on their pedigree. There was no entity in France accredited to control and register purebred Criollos. The A.F.E.C.C. was usually in charge of controlling and coordinating the registration of Criollos between the breeders and the SRA, but was not accredited to directly register Criollos.

By November 2012, thanks to the A.F.E.C.C, the Argentinian studbook of the Criollo was officially recognized by the former “Haras Nationaux” newly replaced by the “French Institute of the Horse and Equitation” (IFCE), in charge of controlling the registration of horses in France. Before this date, the IFCE used to register purebred Criollos as “Horse with Foreign Pedigree” but in no case as “Criollos”. Since November 2012, purebred Criollos born in France or in another country and registered by the SRA in Argentina have an official recognition in France and can be registered by the IFCE as “Purebred Criollos” and get the “French Certificate of Origin”.

By March 2017, the AFECC after negociations with the IFCE, got the authorization to open a French Registry of the Criollo, and by November 2017 the Sociedad Rural of Argentina in charge of managing the Registry of Argentinian Criollos also gave the authorization for the opening and management of a Sub-Registry in France of the Registry.
This means that by 2018, pure-bred Criollos could residter directly in France, to the extent that they repesct the rules fixed by the AFECC toguether with the SRA.

It is the biggest breed of Argentinian Criollos in France with about 12 broodmares and 4 stallions. In 2014, 106 Criollos were born in the Haras and an average of 70 horses are living on the 110 hectares of the estate of Andas. The Haras d’Andas had very good results in Paddock Polo, and one of its mares became Champion of France 2006 of Paddock Polo (Open Cathegory) with the Capitole Polo Club Team, in Chantilly.

For more information on the Haras d’Andas a website is available at this page:  www.criollos-france.com or enter "haras d’andas" on Facebook.
Mail: This email address is being protected from spambots. You need JavaScript enabled to view it. 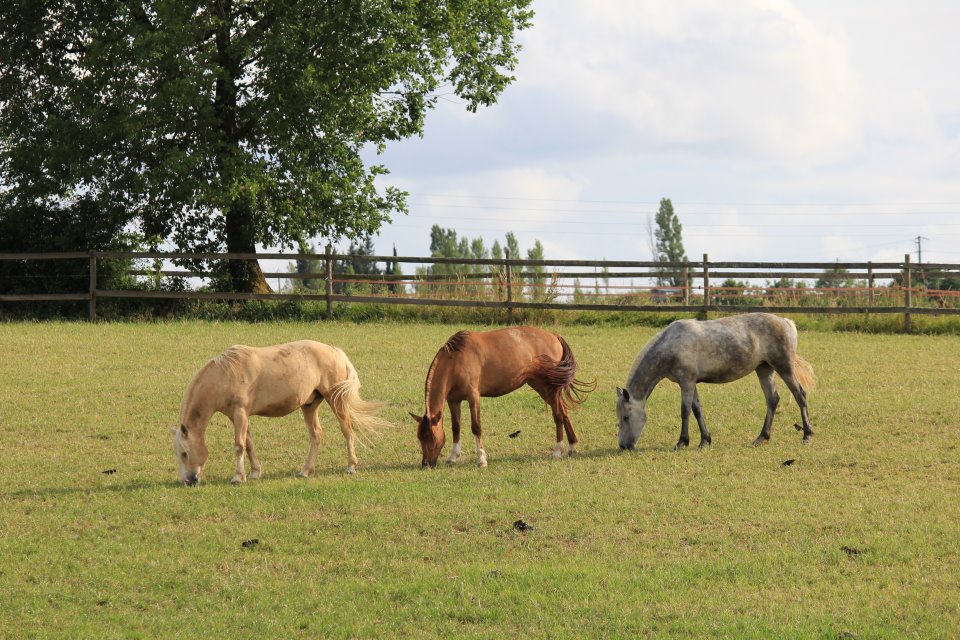 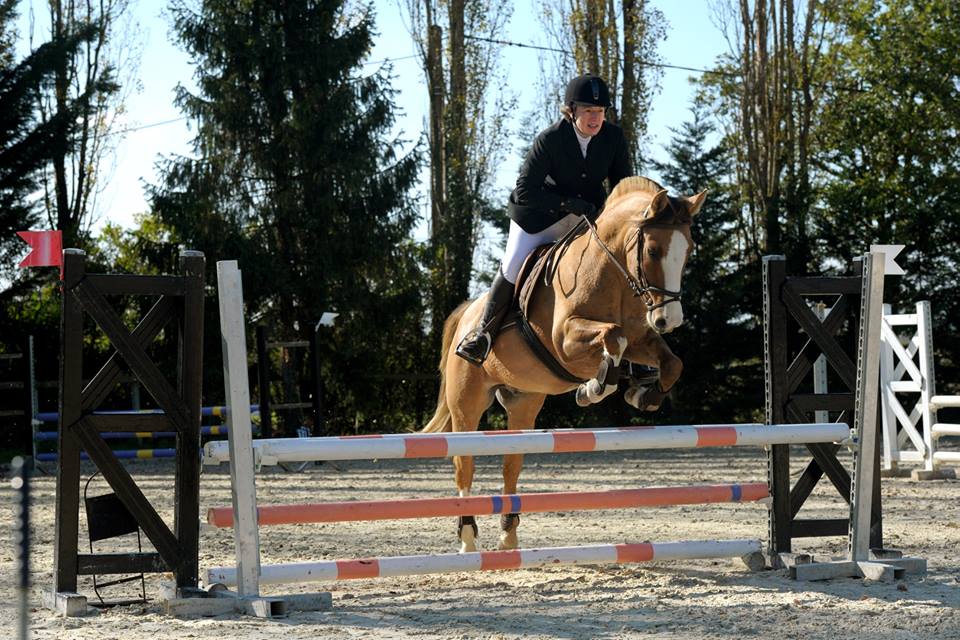 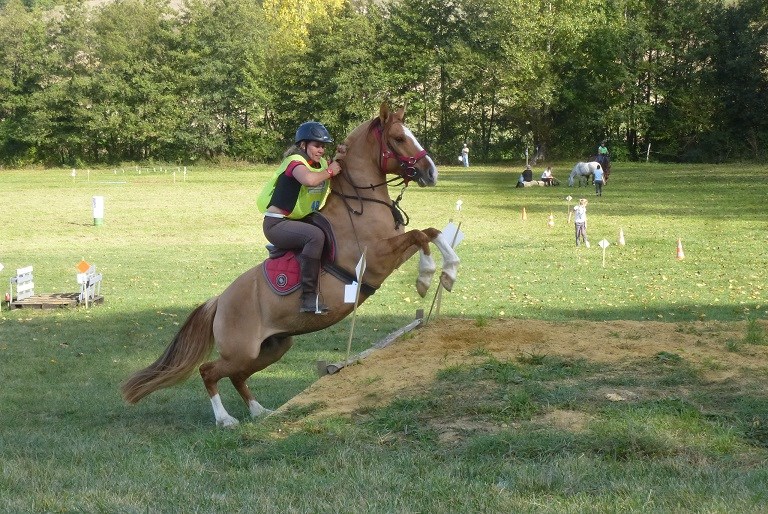 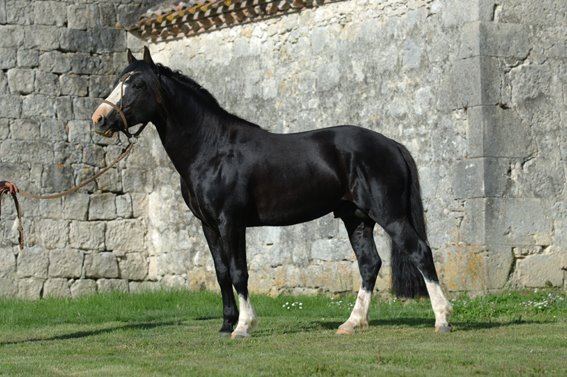 In Auvergne, in the center of France, Sandra Goetgheluck started in 2010 the breed of Criollos after buying a mare from Haras d’Andas and an Uruguayan mare in Germany. The Montassou Farm has today 5 criollo mares.

For more information you can visit the Website www.fermedemontassou.com or enter "ferme de montassou" on Facebook.
Mail: This email address is being protected from spambots. You need JavaScript enabled to view it. 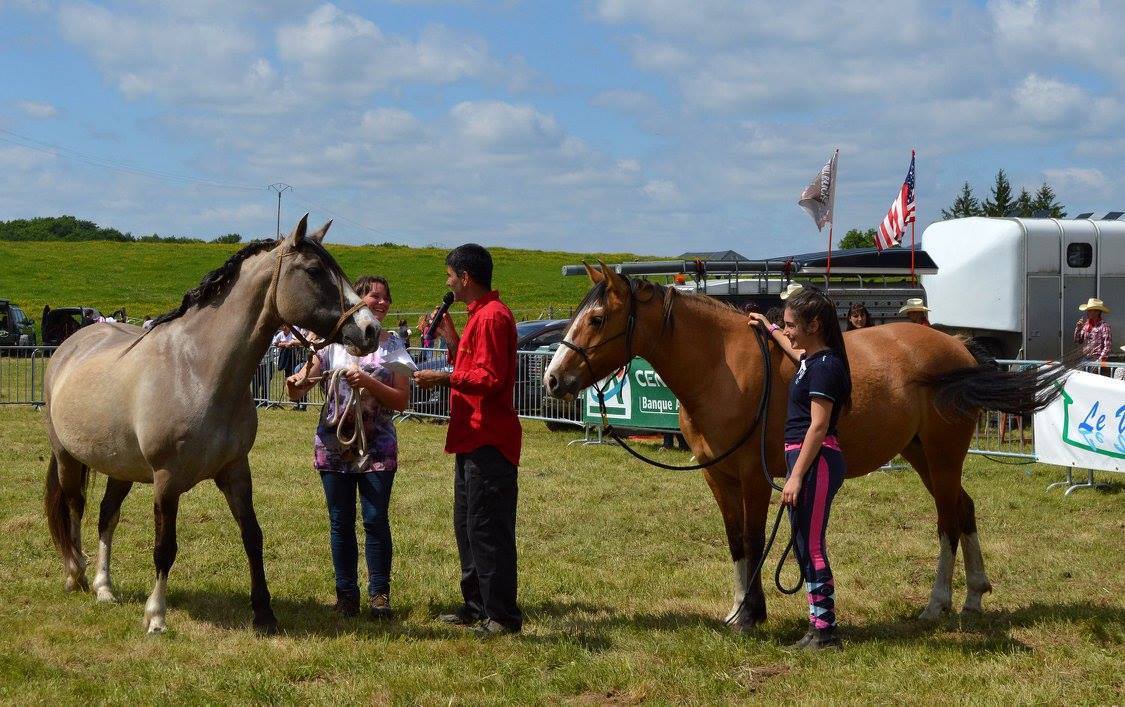 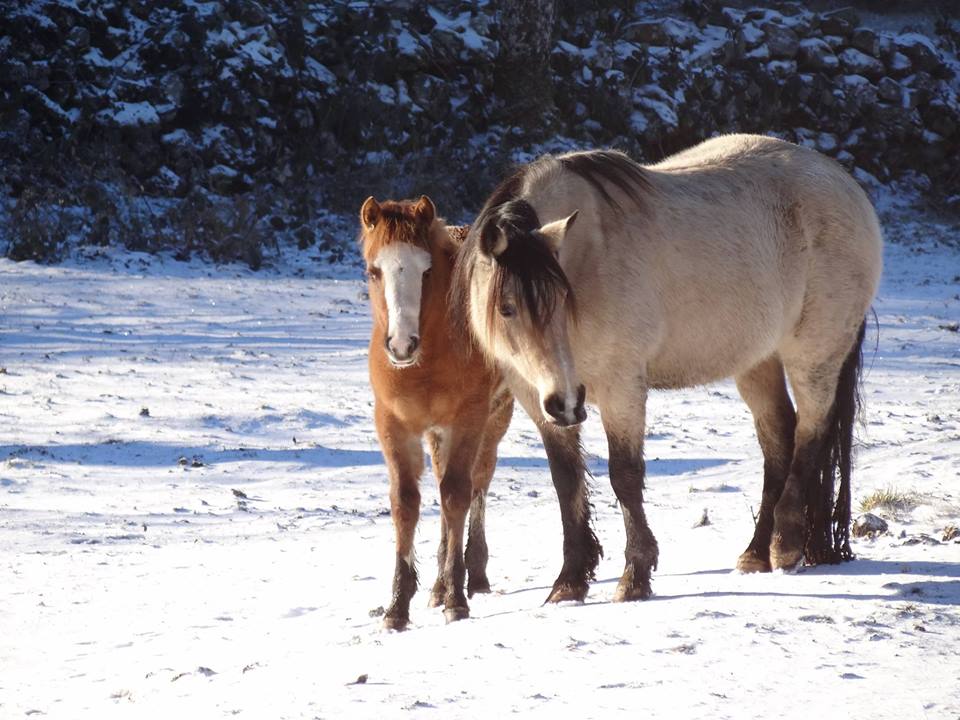 Gil Florini is breeding Criollos in the South-Est of France, not far from Nice. He used to breed the French Horse “Camargue” since 30 years and decided to start the breed of Criollos quite recently, in 2013/2014. Gil Florini actually owns 7 Criollo broodmares.
Gil Florini is a member of the AECCC.
For the moment the foals born at La Madone are not registered in an oficial studbook like the argentinian one or the ugruguayan studbook, and consecuently are registered in France at "Foreign Origin Certified". To obtain the oficial pedigree of the horses, you have to formulate a special request to the breeder.

You can visit its website on: http://elevagegilflorini.free.fr or enter "Criollos Camargues" on Facebook.
Mail: This email address is being protected from spambots. You need JavaScript enabled to view it. 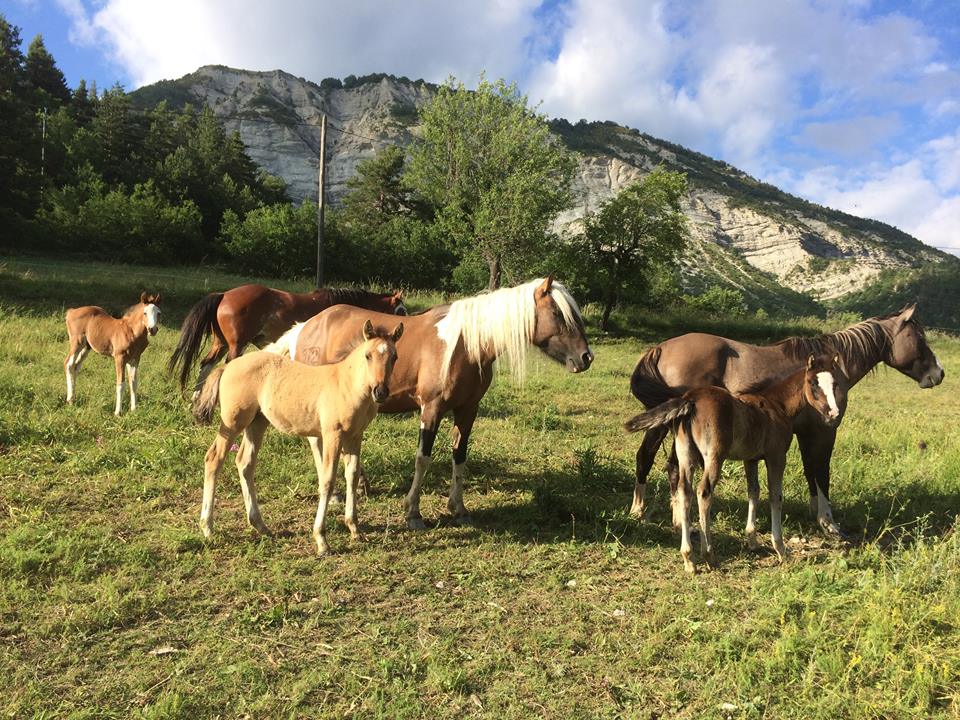 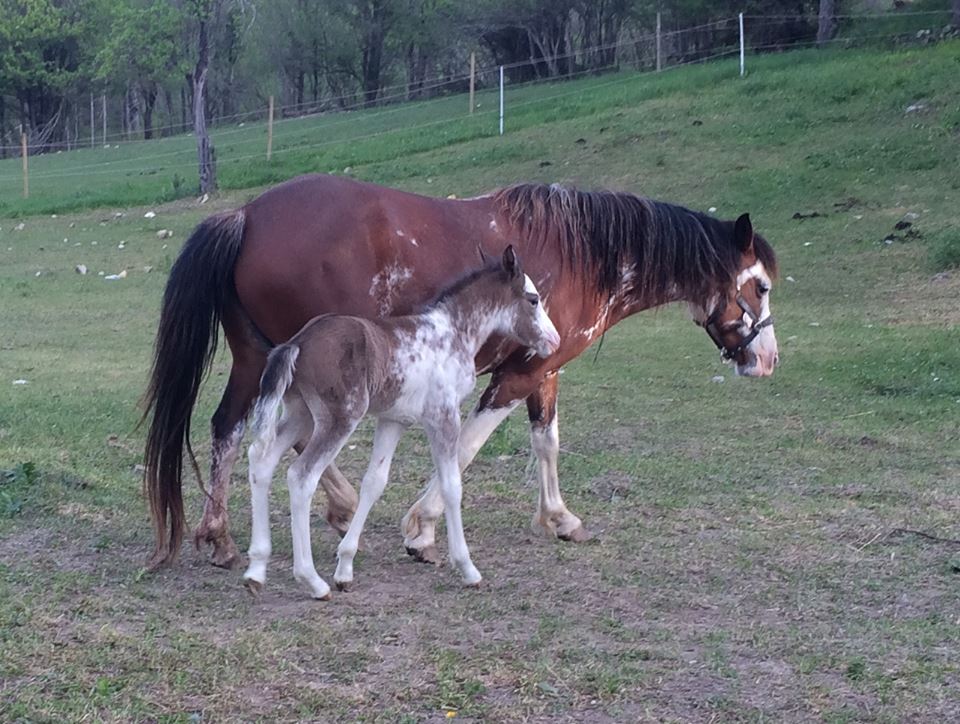 Juliette y Laurent Prenat breed camargue horses, however since 2013 thay started to breed as well Criollos. They currently have two mares, one stallion bought to Isabelle Druet (Isacadia Ranch) and got 5 Criollo foals. Juliette and Laurent's farm D'en Bourrel is located not far from the city of Toulouse, in the South of France, in a beautiful farm extended over 100 hectares where they also breed cattle and can welcome you in their Bed & Breakfast. For more information: www.fermeenbourrel.fr
Mail: This email address is being protected from spambots. You need JavaScript enabled to view it.; 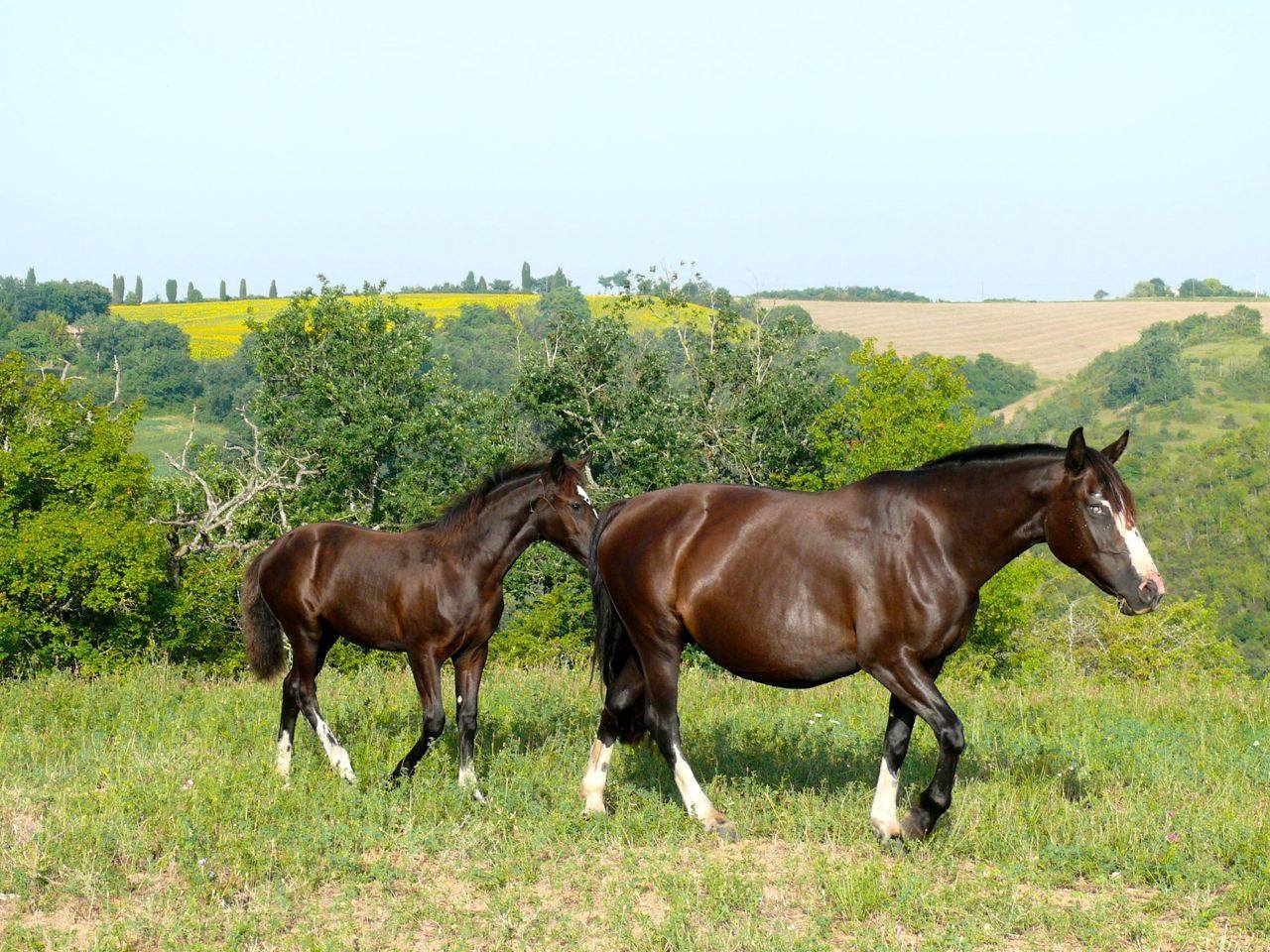 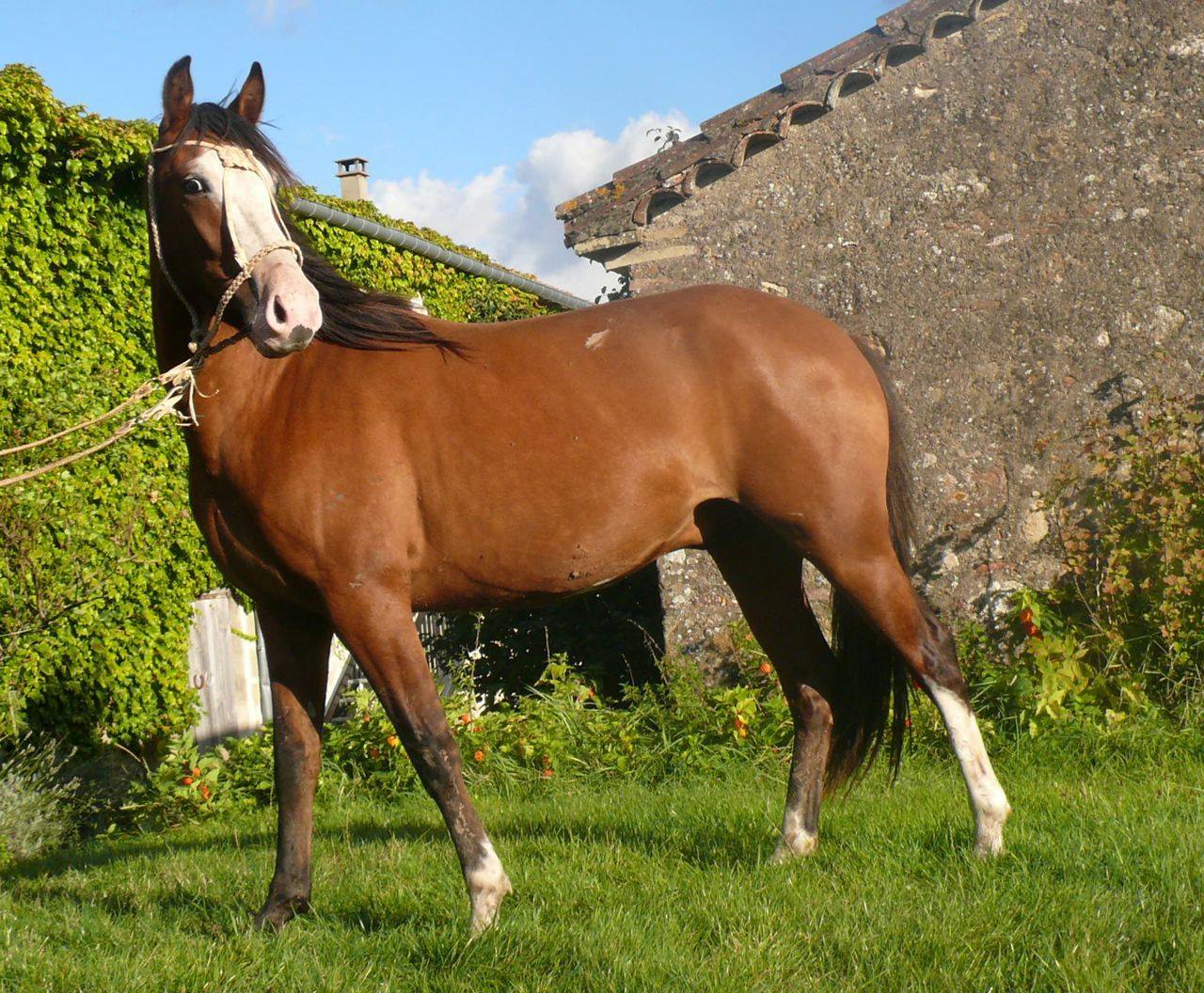 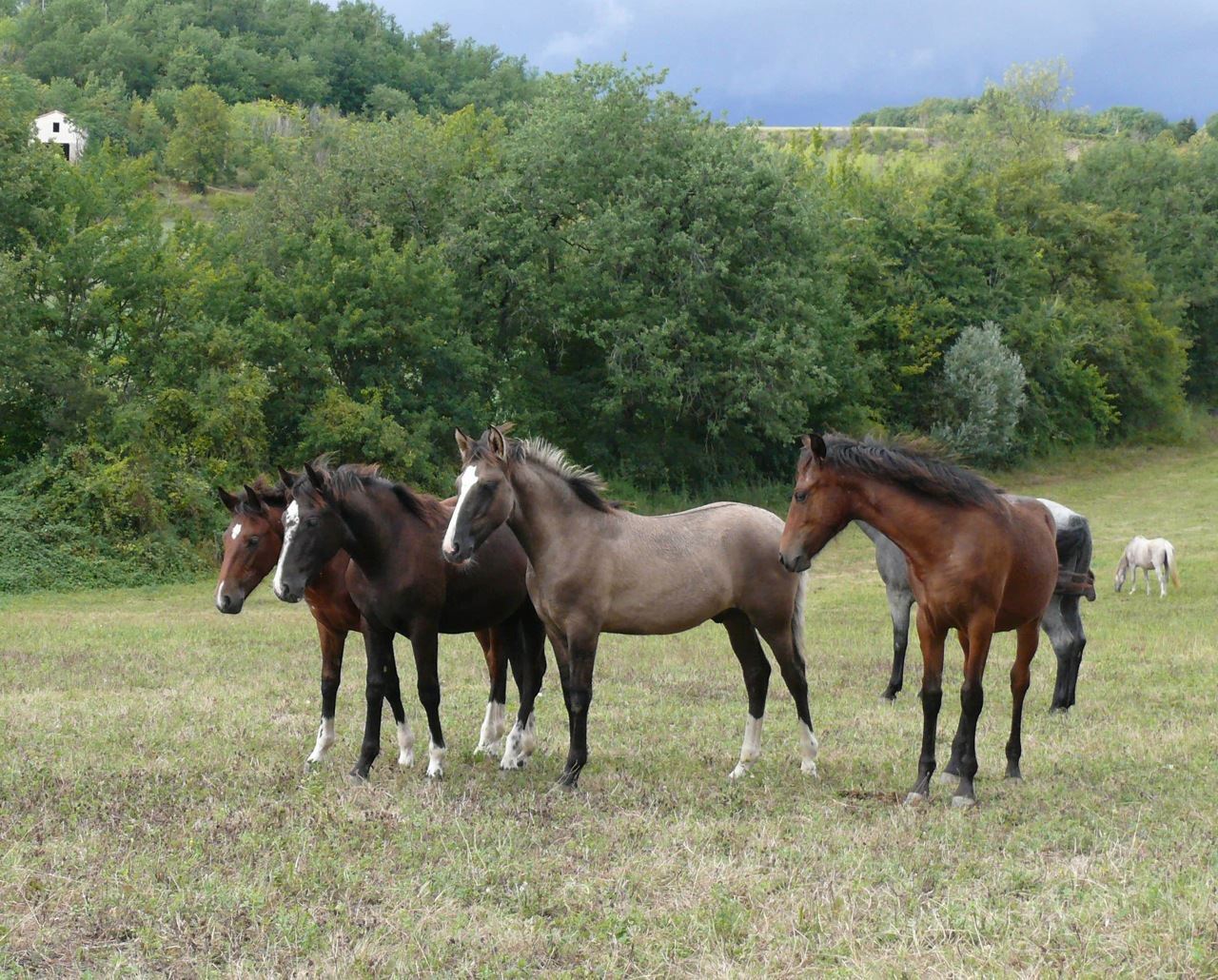 Margaux Sauvervald is living not far from Paris, in the region of the Loiret. She currently owns 3 Criollo broodmares. The first one was bought in France (father: chake curupi, mother: chake la nube ) and the two others mares were imported from the Argentinian breed “el Chusco” in 2013. To contact her you can look for her name on facebook:https://www.facebook.com/margaux.sauvervald
Mail: This email address is being protected from spambots. You need JavaScript enabled to view it. 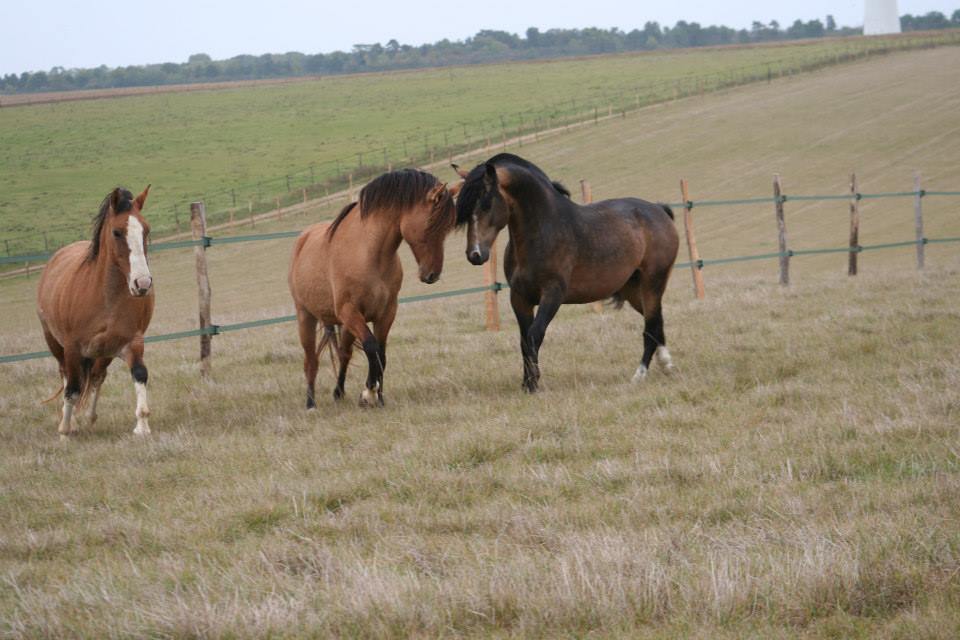 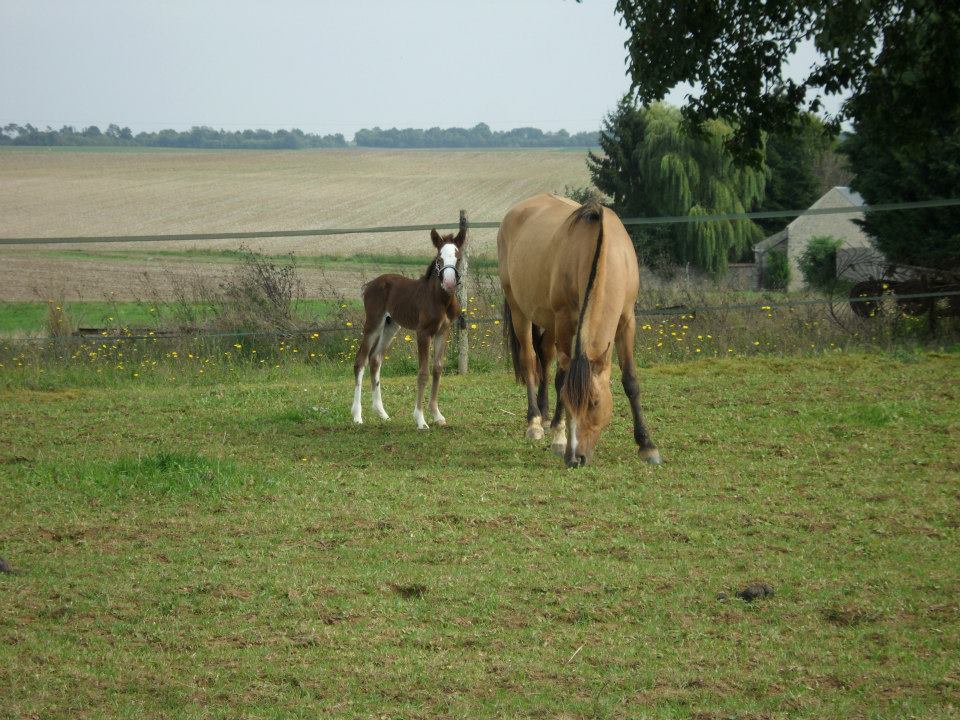 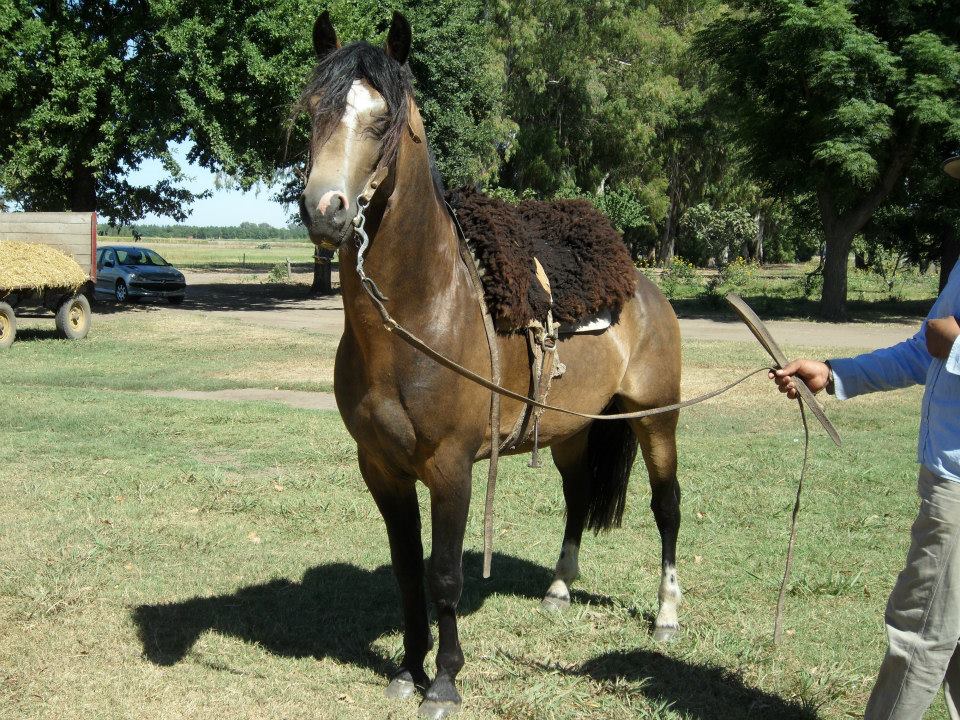 Aurore Descombes's breeding is located in Goulet (Normandy). Aurore Descombes aims at promoting a sporting Criollo, and started thebreed with 2 horses with functional bloodlines in order to propose performance horses in western riding, especially in Reining and Working Cow Horse.

Patron Chico was 4th best stallion at the Exposition Otono of Buenos Aires in 2006, and 3rd Best Stallion with 14 years old at the 2016 European Exposition of Verone in Italy, only Criollo stallion in Europe qualified in 90 km races, starting NRHA competitions in 2018! 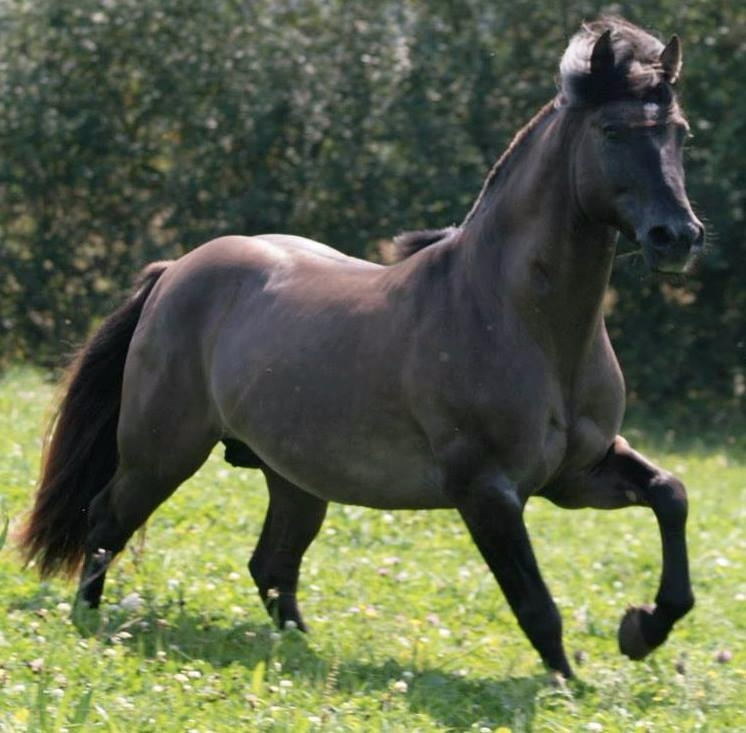 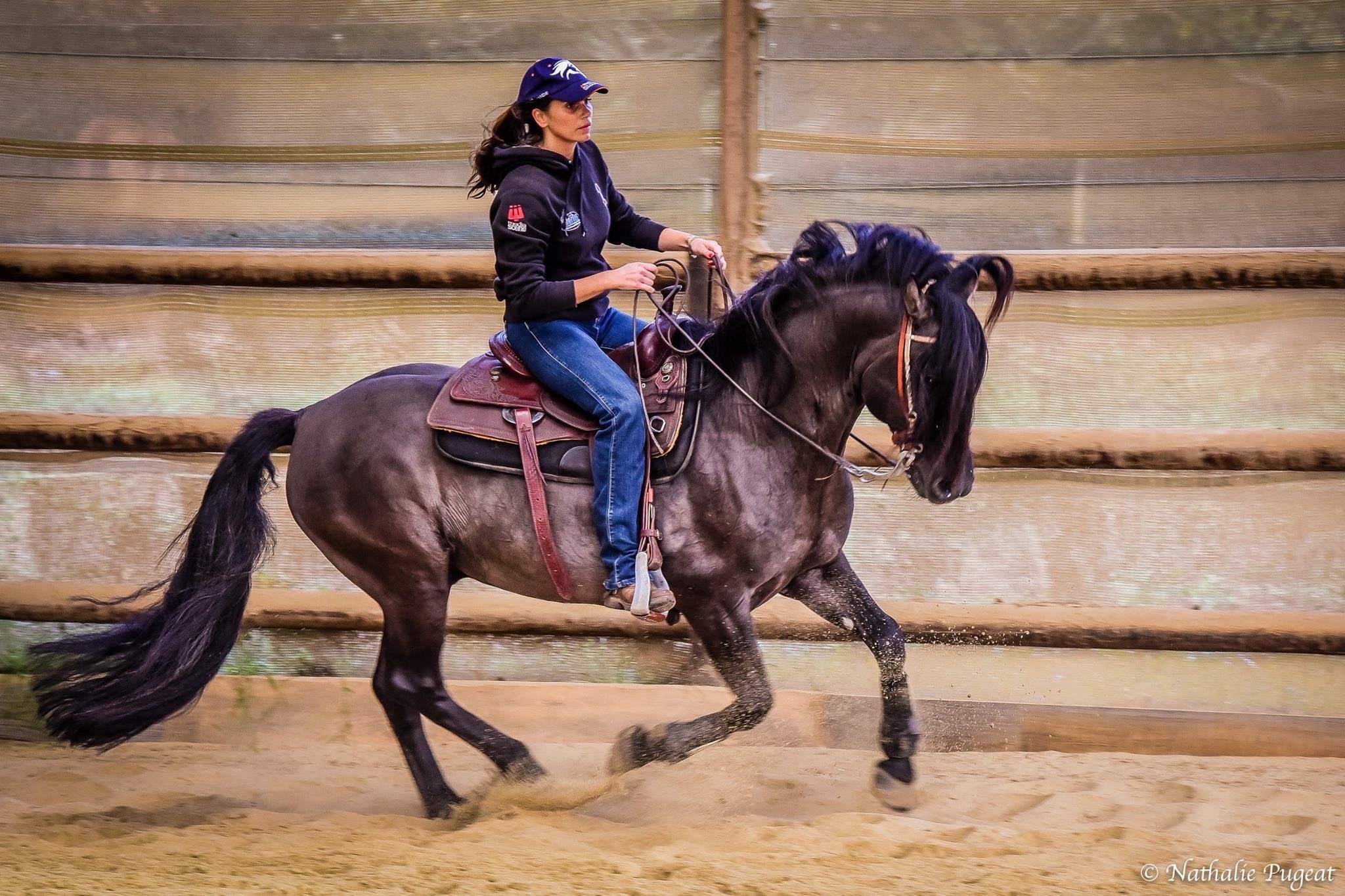 Coraline Leblois breeds Criollos in the south of France next to Avignon. Coraline teaches to her pupils western riding and practices western riding with its Criollos, as well as cattle work. She owns a young stallion as well bought to Margaux Sauvelvard and a brought from Argentina a young mare Overo in 2017! 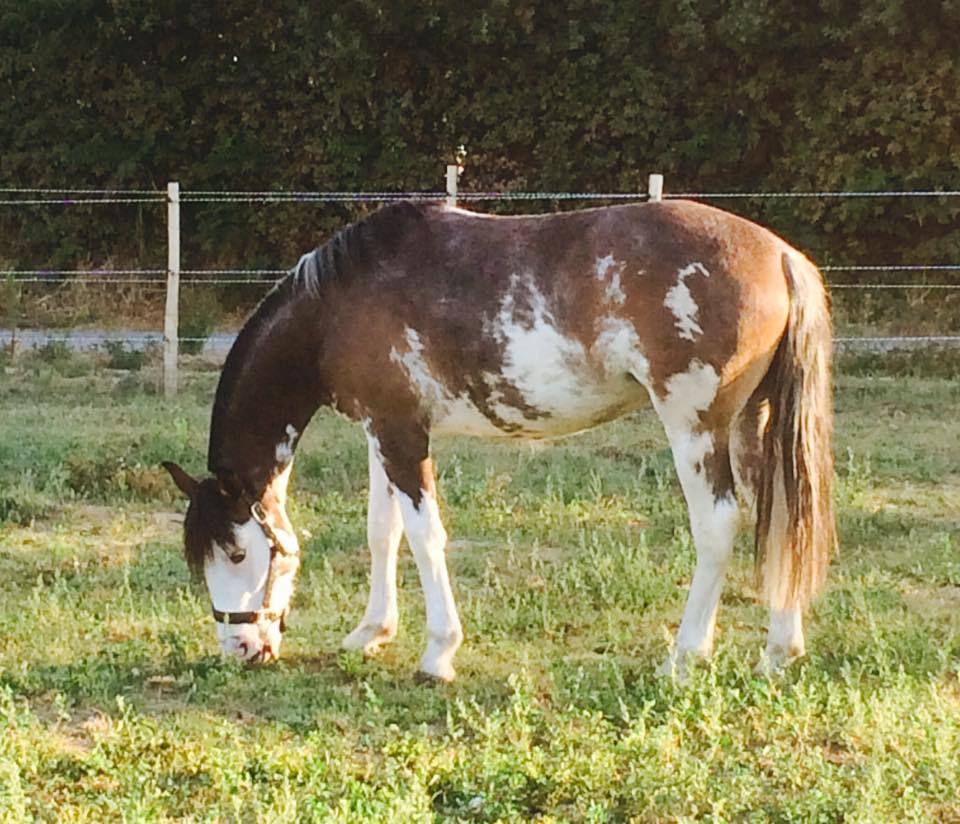 The Isacadia Ranch was founded in 2009 by Isabelle Druet and is located in the region of Touraine. The Ranch Isacadia has 6 broodmares in total coming from the Haras d’Andas, but also Uruguayan mares coming from Germany. The main focus is on Western Riding like Trail Ranch and Versatile Ranch. The Isacadia Ranch is a member of the AECCC 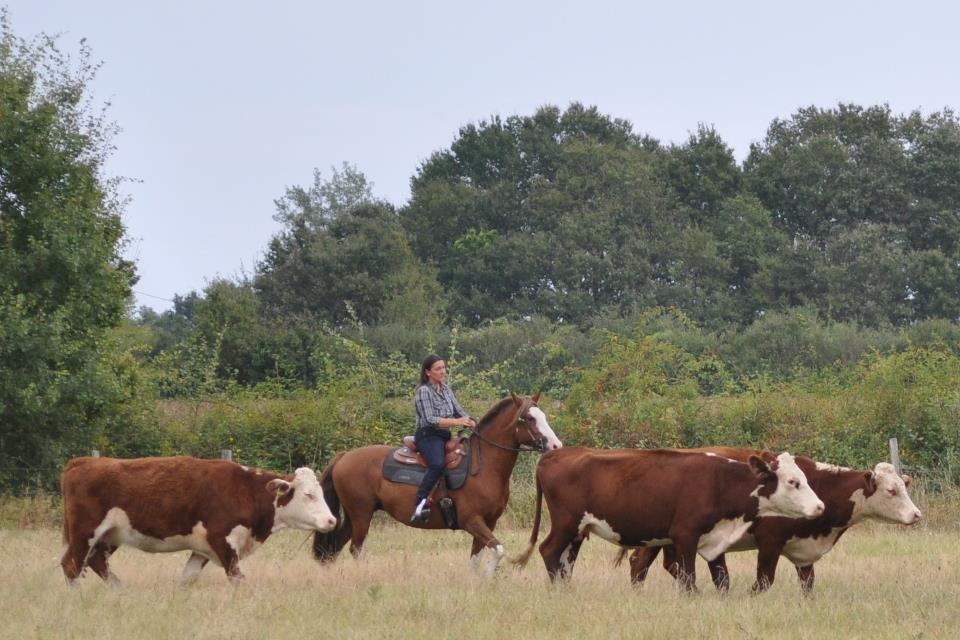 Sophie Meisse is breeding Criollos in the region of Alsace, and is very well connected with German breeders living not far from the frontier with France. Most of the horses and foals proposed by Sophie Meisse with a German Pedigree only cannot be registered in one of the original studbook of the breed like Argentina, Uruguay, Paraguay or Brasil.

Sophie Meisse has a facebook page named “Elevage chevaux criollos” that you can visit and/or to contact her https://www.facebook.com/#!/ElevageCriollo.
Mail: This email address is being protected from spambots. You need JavaScript enabled to view it. 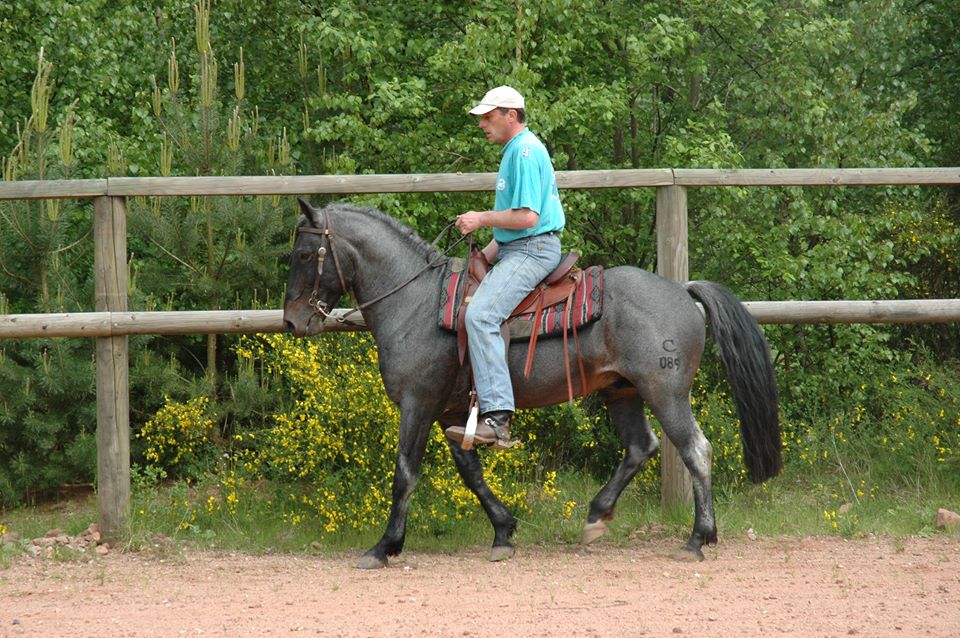 The Website of the French Association is now Online!

09/06/2019
The official website of the French Association of Criollo Breeders is now available : WWW.CRIOLLO-AFECC.COM You will find...

21/03/2016
First Annual Meetinf of the French Association of Criollo Breeders On Friday 4th of March, 2016, the first General Meeting of...