A bit of history

The first South American Ranch Horses came to Germany from Argentina by boat via Italy in the early 1980ties. Most of these horses were Mestizos and were horses without pedigree. This means of transport and exportation was stopped in 2010 by the European Union. 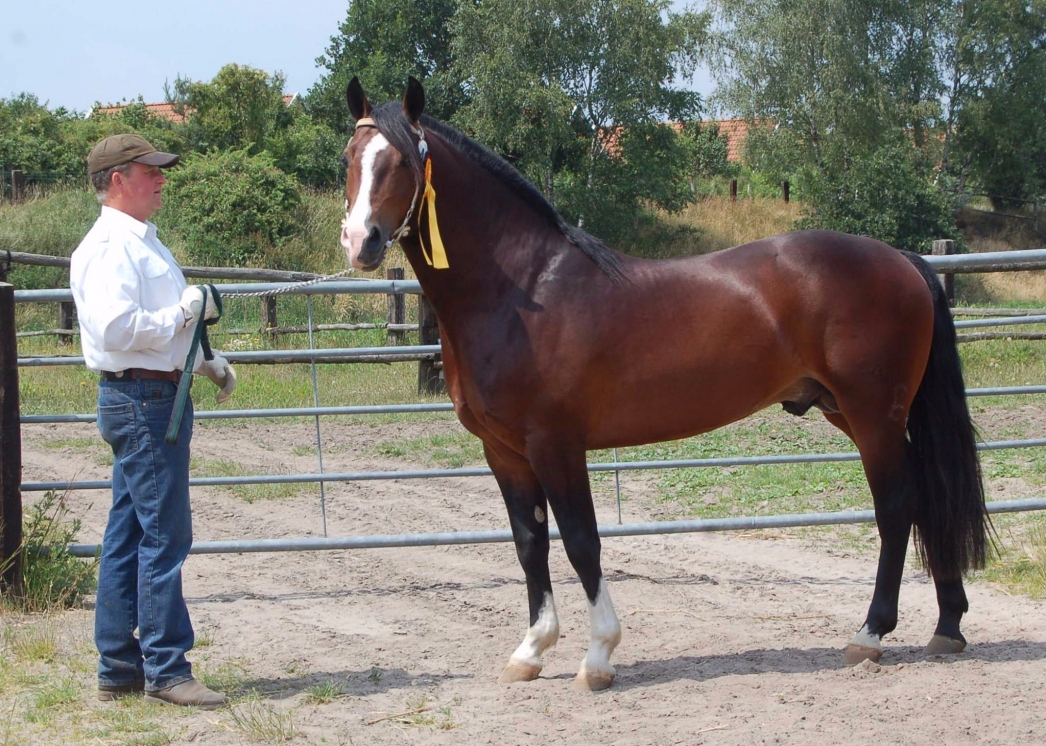 The current Situation of the Criollo Breed in Germany

In 2015, 12 Criollo Breeders were currently registered in Germany, the biggest one with more than 40 foals per year. 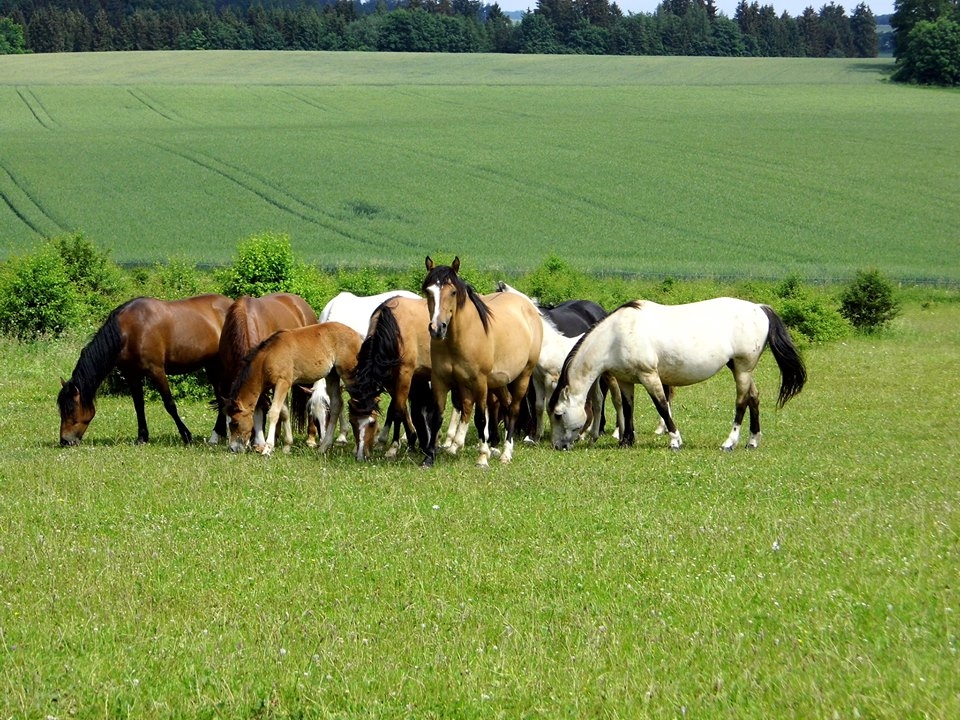 German breeders created a German studbook of the Criollos when the German National Equestrian Federation (“GNEF” that is the national entity in charge of promoting equestrian activities in Germany and in particular to manage the horse studbooks and pedigrees) officially adopted the breeding standards as well, in cooperation with the Argentinian and Uruguayan Associations of Criollo Breeders. These standards were elaborated on the basis of the FICCC standards and adapted to be in compliance with the European Union legislation.

The recognition and adoption of these standards by the GNEF allowed the Breeding Associations to directly proceed to the accreditation of purebred Criollos in Germany. These Breeding Associations are private entities in charge of controlling, for any kind of breed having an official recognition by the GNEF and studbook, that the horse to be inscribed in the studbook fits with the morphological standards of its breed. To achieve this mission, the Breeding Associations generally send agents to visit the owner of the horse and appreciate the morphology of the horse. On this basis Breeding associations are officially registering Criollos since more than 20 years. 95% of the purebred Criollos in Germany are registered in the following Breeding Associations:
However, for some reasons, the German Registry has to face today with a very important issue: the studbooks of origin of the Criollos, i.e. the FICCC countries, do not recognize the German Studbook anymore. This means that neither criollos registered in Germany only, nor their foals, are accepted in the Registries of the FICCC countries. This situation really complicates the exchange of horses between Germany and the rest of the European countries. The German breeders are currently trying to find a solution together with the FICCC countries. 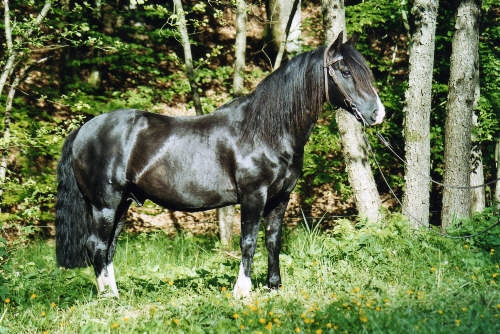 Most of the Criollo breeders and friends are organized in the “Criollo Reit- und Zuchtverein Deutschland, CRZVD”. The CRZVD celebrated its 20th anniversary in 2014. It is a legally registered association with over 100 members and still growing. The main objectives of the CRZVD are to promote the Criollo breed and to provide a meeting place and entity for breeders and friends of Criollos. The CRZVD has a board of directors, with six members, elected for 2 years. Since 2009 it is an associated member of the Federacion Internacional de Criadores de Caballos Criollos (FICCC).

The main activities of the CRZVD are: 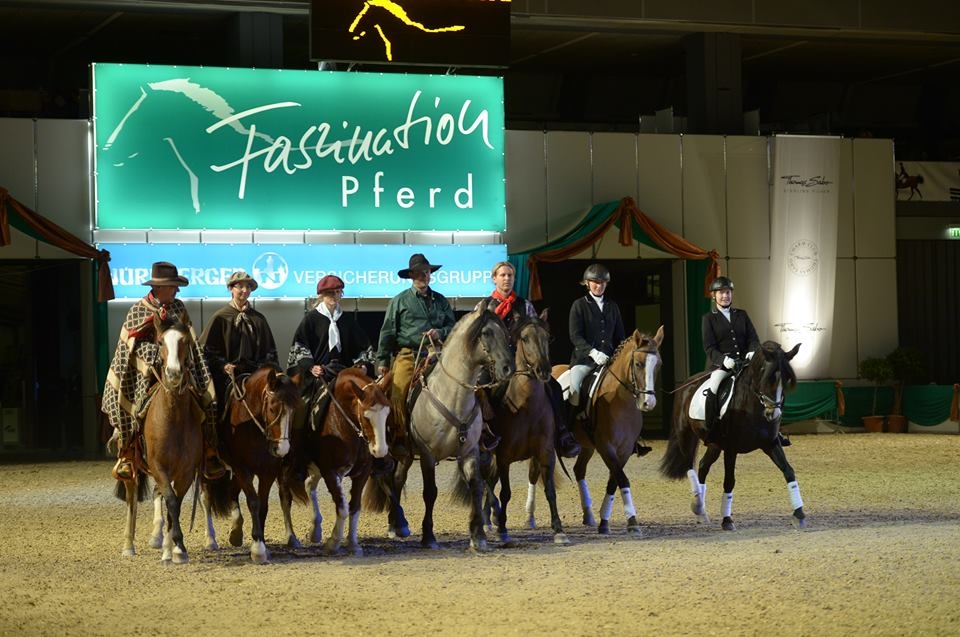 Photo from Criollos de Baviera (https://www.facebook.com/criollos.debaviera) - Criollos at the “Faszination Pferd“ Show, in 2014 in Nürnberg.

There is also an informal “Criollo-Forum” dedicated to purebred Criollos and Criollos Mestizos, which mainly runs a website with occasional meetings. The forum is available at this page: http://www.criollo-forum.de


The founding of the studbook of "Cruzados" in Germany

A large number of Mestizos without pedigree in Germany were mixed with purebred Criollos, and especially purebred Criollo stallions. As it was not possible to register the foals in any studbook, many of them got the chance to be registered in a special studbook created in Germany, named “Cruzados”. Unlike Criollos, the Cruzados have an open studbook. The foals can result from a mix of several breeds like Criollos, Quarter Horses, Paint-Horses as well as purebred Criollos and Mestizos, to the extent that they comply with some special criteria as defined in the breeding program. The approved height is up to 1,60 metres.

The Cruzados is in general a nice possibility for breeding western horses with pedigree and to have the official review of a Breed Association.

Unfortunatly, until now, the number of registered Cruzados is stil small and the breed is not actively promoted.

The official breeding program of the "Cruzados" is available in German at this page: http://www.kleinpferde-und-spezialpferderassen.de/phocadownload/2012/Sonstiges/955_Cruzado.pdf


The use of Criollos in Germany

By far the largest number of Criollos is used by pleasure riders. Criollo is famous in Germany to be a healthy, strong and easy horse. Especially older riders appreciate the smaller size of the Criollos. People use it for riding in the countryside, but with the option to participate in competitions. 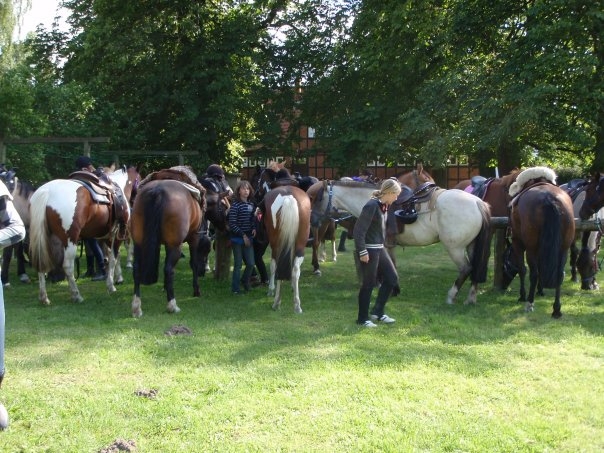 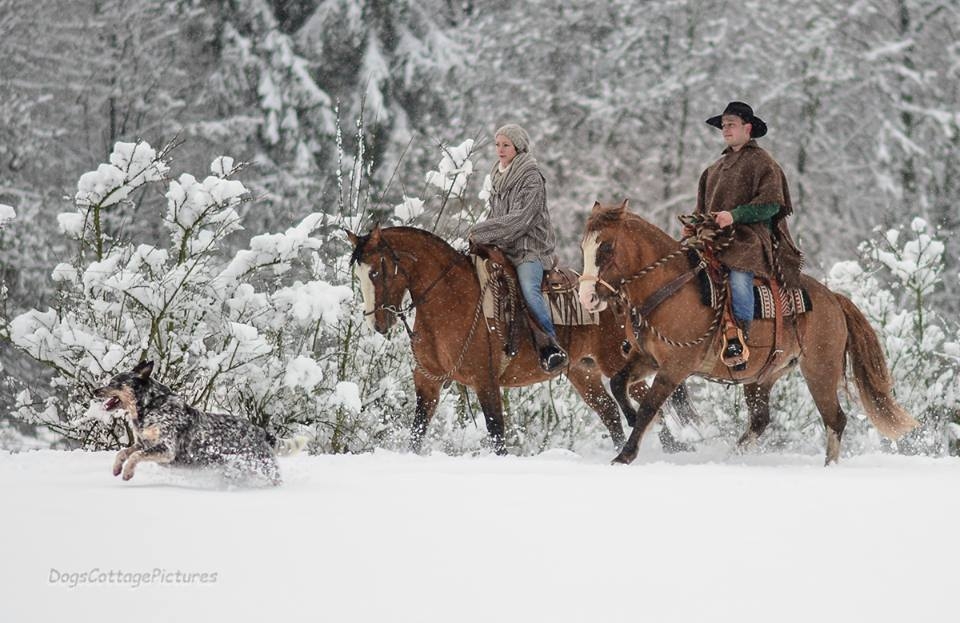 Only a few Criollos are competing in sport events, mainly western riding and some of them in endurance. Some of them are successful at national and international level like Tape Isidoro owned by Marion Meyer from the breed La Esperanza who got some very good results in Working Cow Horse, Reining, Cattle Penning and Versatil competitions. 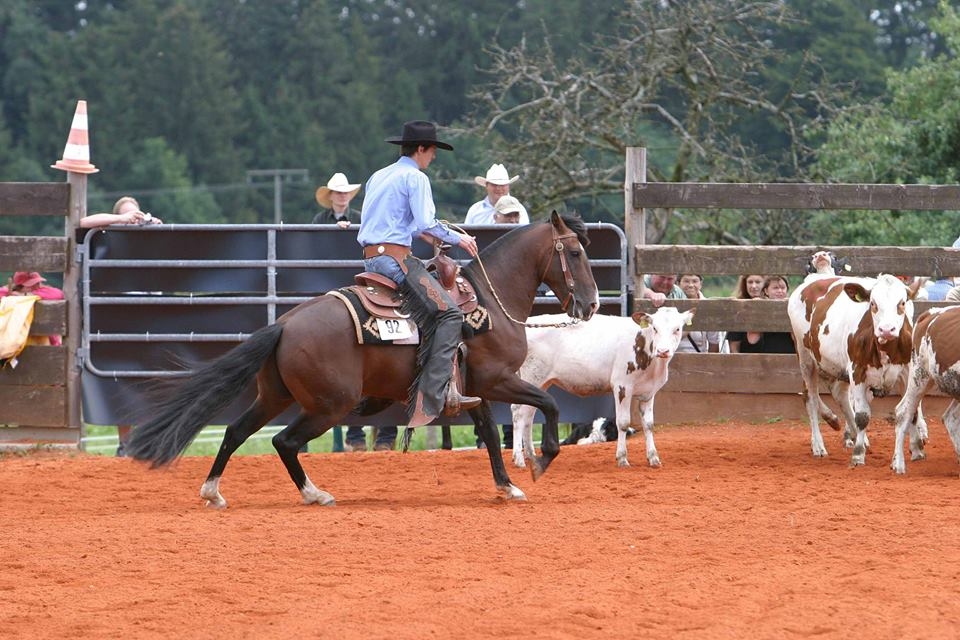 In 2014 “De Baviera Cimarron”, a criollo stallion owned by the breed CP-Criollos, became the “EWU German Open Deutsche Vice-Champion” in Junior Working Cowhorse with its rider Joschka Werdermann. It was an impressive demonstration of the typical Criollo virtues combining speed, cowsense and coolness. In 2015, he won the "Junior Ranch Riding German Championship" with a score of 225,5. 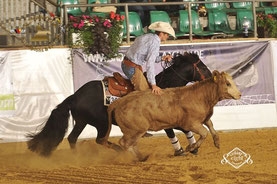 Criollos are also present in reining and trail competitions, cattle and team penning. Rolf Ludwig from The Cattle Horse Ranch is very active in this latter. In 2000, he became World Champion 2000 in Cattle Penning and got the bronze medal in team penning / Denmark). 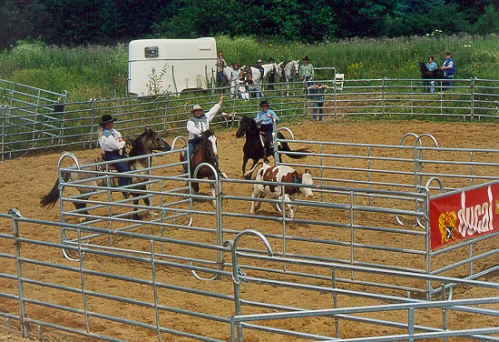 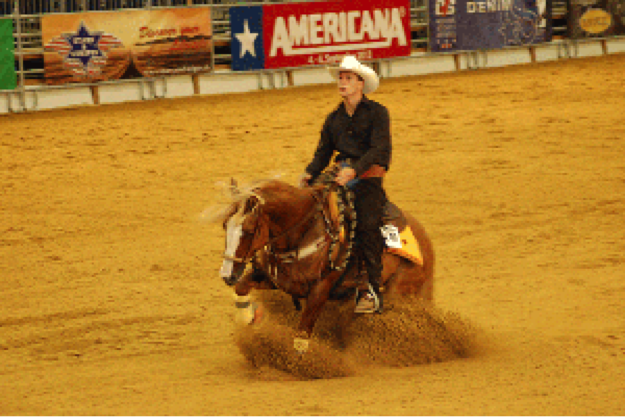 The breed of Criollos is still small in Germany, even if it is the biggest in Europe. The CRZVD is convinced that to become more widely known by the public, success in sports is necessary. This would attract more demanding clients and trainers alike, which would also make the breed more dynamic.

The CRZVD is also convinced that Criollo breeders and riders of Europe should cooperate more, share experience and jointly ask for support from South America. Exchanging breeding animals shall also be a goal to achieve.

Another challenge for the breeders in Germany is to make their German Registry recognized by the Registries of the countries of origin of the Criollos, i.e. Argentina, Uruguay, Brasil and Paraguay.

The addresses of the 12 German breeders registered at the CRZVD can be found on the CRZVD’s website at this page: http://www.criollo-crzvd.de/zucht/gestüte/ 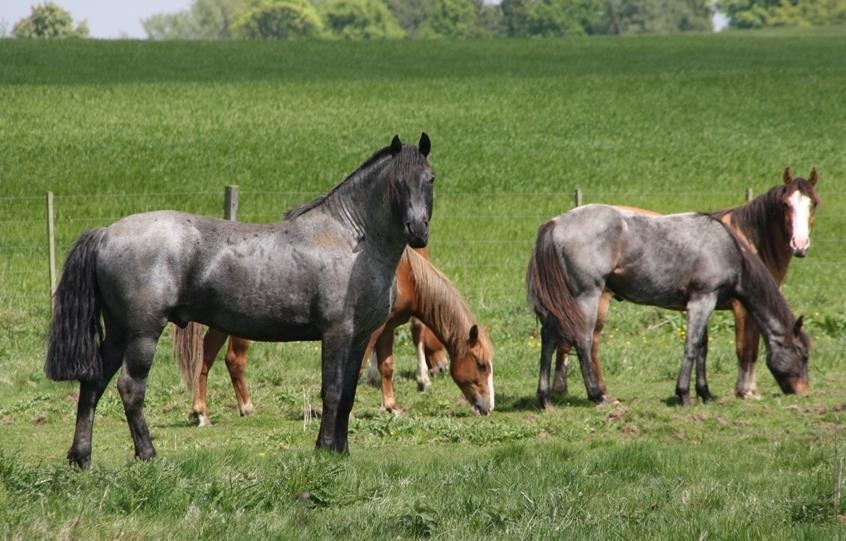 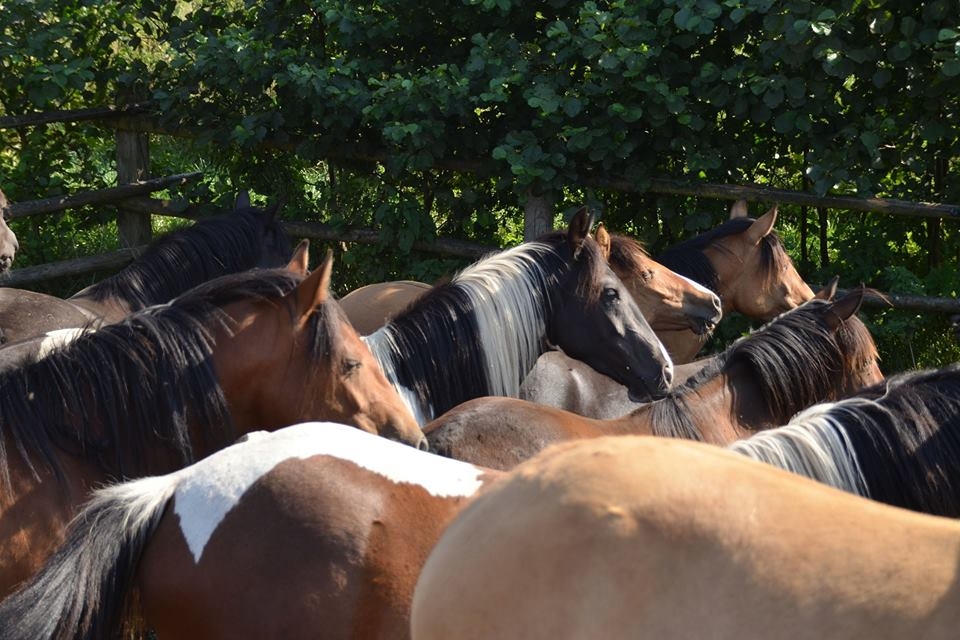 Criollos La Primera is the oldest and biggest breed in Germany. Founded in 1991 in Dalwitz in a beautiful and old farm with 2,000 ha, 400 ha of pasture and 400 heads of cattle, la Primera has currently 85 Criollos. La Primera organizes many activities in relation to the Criollos and since a few years works closely with Daniel Berhouet, an Uruguayan rider and trainer, who comes to Dalwitz on September since 2014 to provide some riding trainings and courses.

You can visit Criollos La Primera’s website at this page: http://www.criollos-laprimera.de 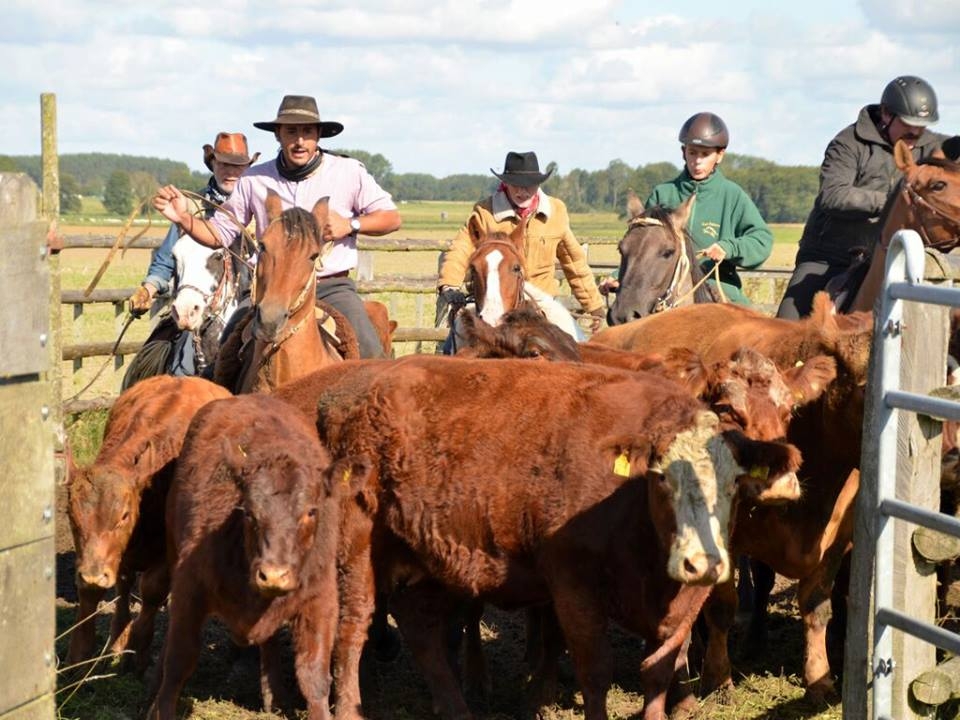 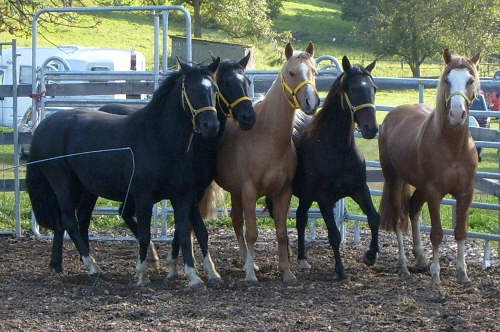 Cattle Horse Ranch is another big criollo breeder in Germany located at the East of Germany. Rolf Ludwig stated the breed of Criollos in the 90ties and is very active in western riding with very good results in Cattle Penning and Team Penning.

You can visit Cattle Horse Ranch’s website at this page: http://www.rolf-ludwig.de 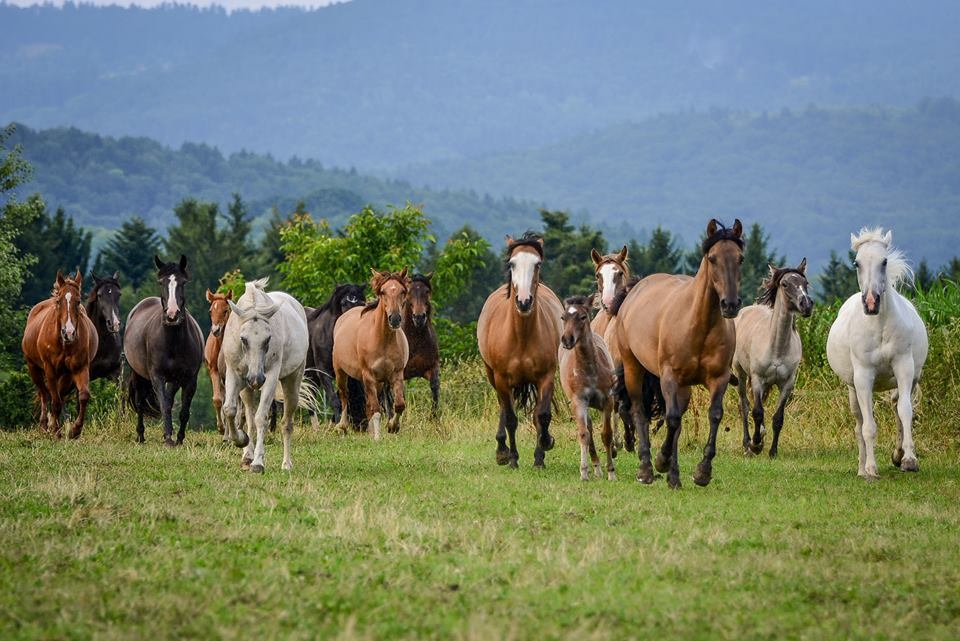 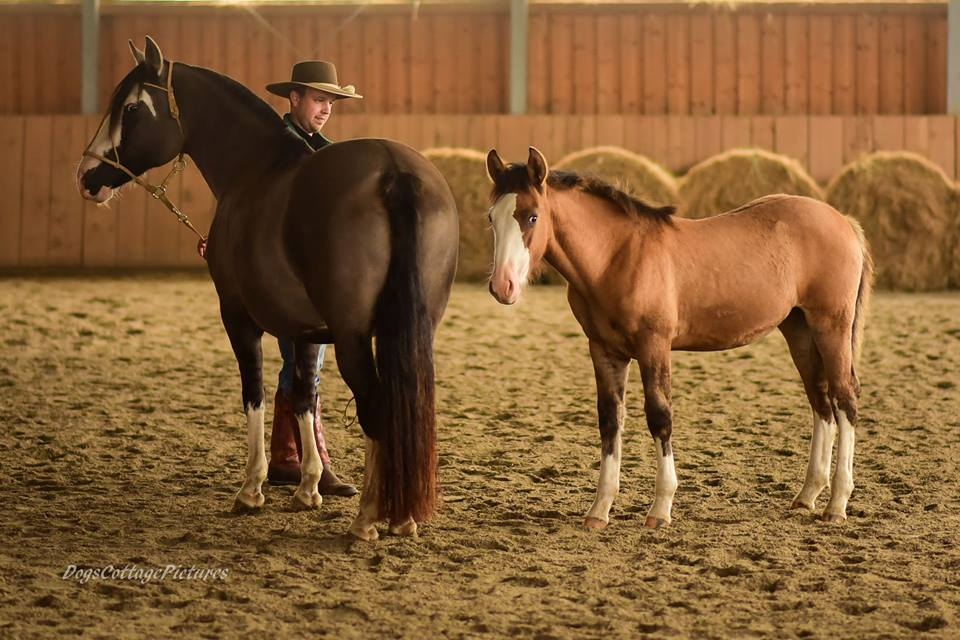 Criollos de Baviera is another very important breed of Criollos in Germany located next to Munich. All its mares and stallions were imported from South America or born to criollos imported by Benjamin Philipp who managed to bring to Germany criollos with excellent and famous functional bloodlines.

You can visit Criollos de Baviera’s website at this page: www.criollos-debaviera.de 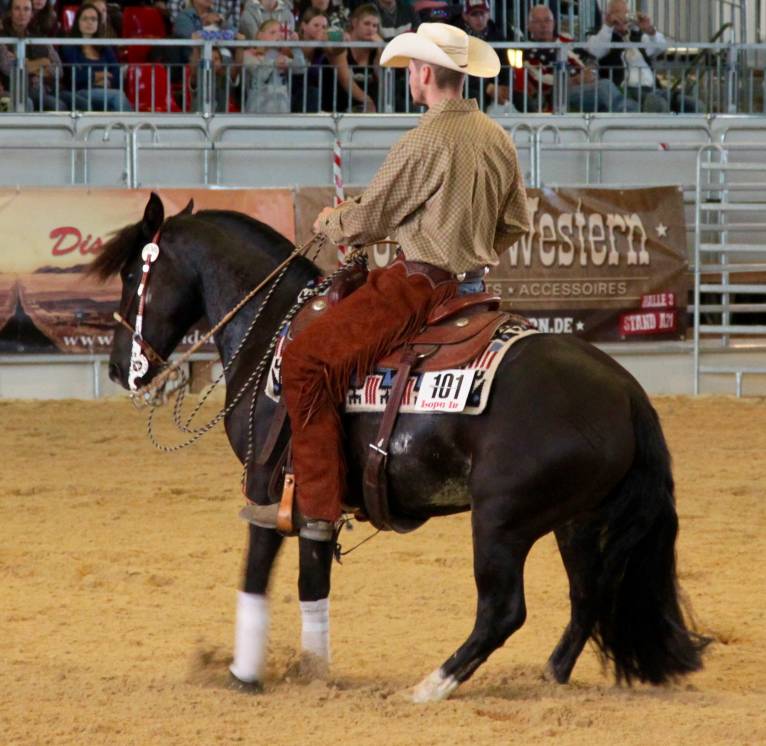 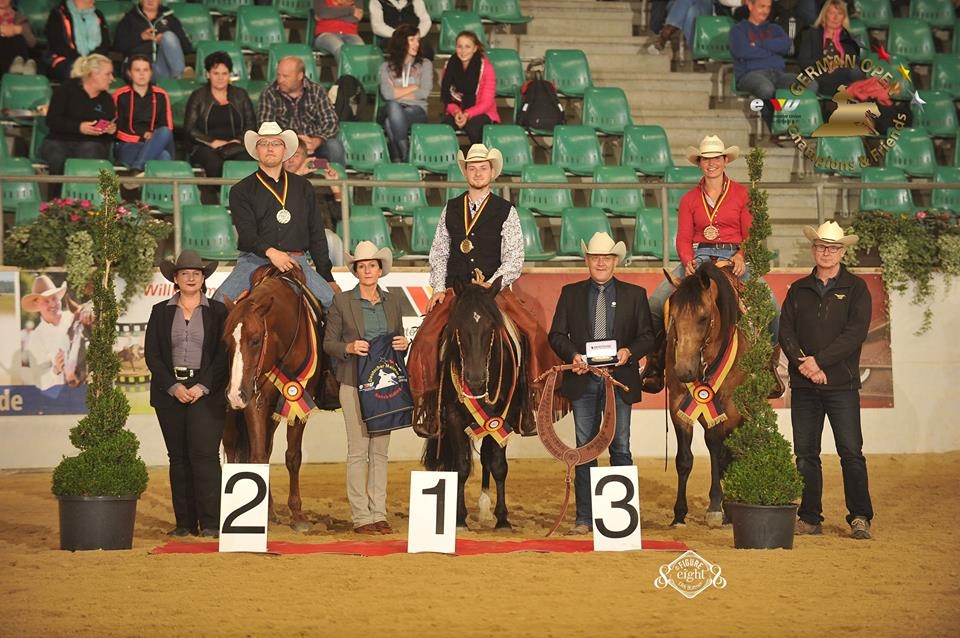 CP-Criollos is a small breed initiated in 2006 by Andreas and Evi Wedermann and located at the West of Germany, not far from the frontier with France. CP-Criollos breeds purebred criollos as well as Mestizos with excellent functional abilities and sporting results, especially in Working Cow Horse where the mare Mestiza Chaca Julia (from a mare criolla with no pedigree and the purebred criollo stallion CAA Capote) the Futurity Reserve Champion mare of the ERCHA at the Equitá Lyon 2012 and the Criollo stallion De Baviera Cimarron, the 2014 “EWU German Open Deutsche Vice-Champion” in Junior Working Cowhorse. Cimarron also won in 2015 the "Junior Ranch Riding German Championship" with a score of 225,5 (see picture above). 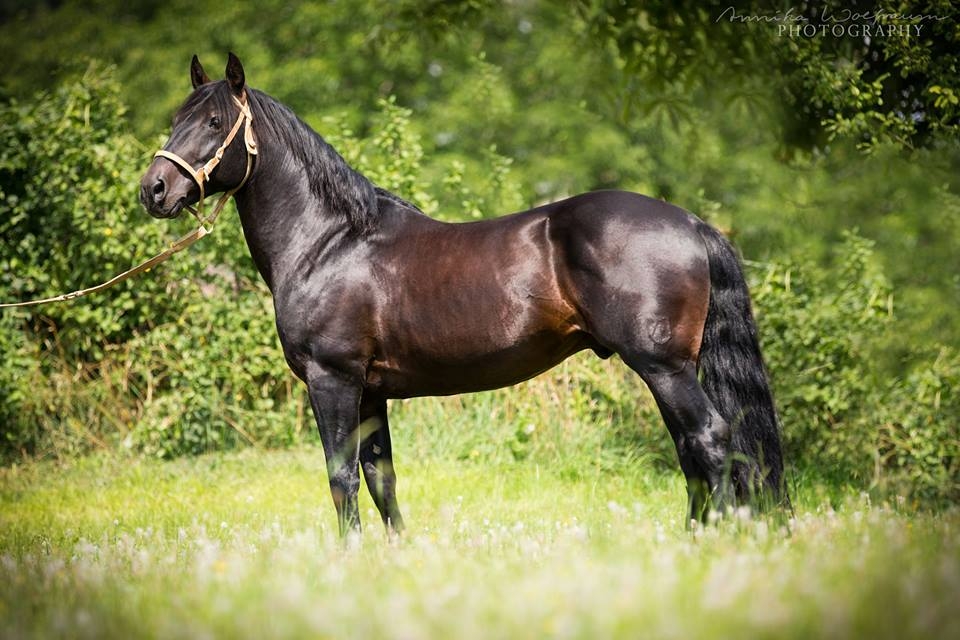 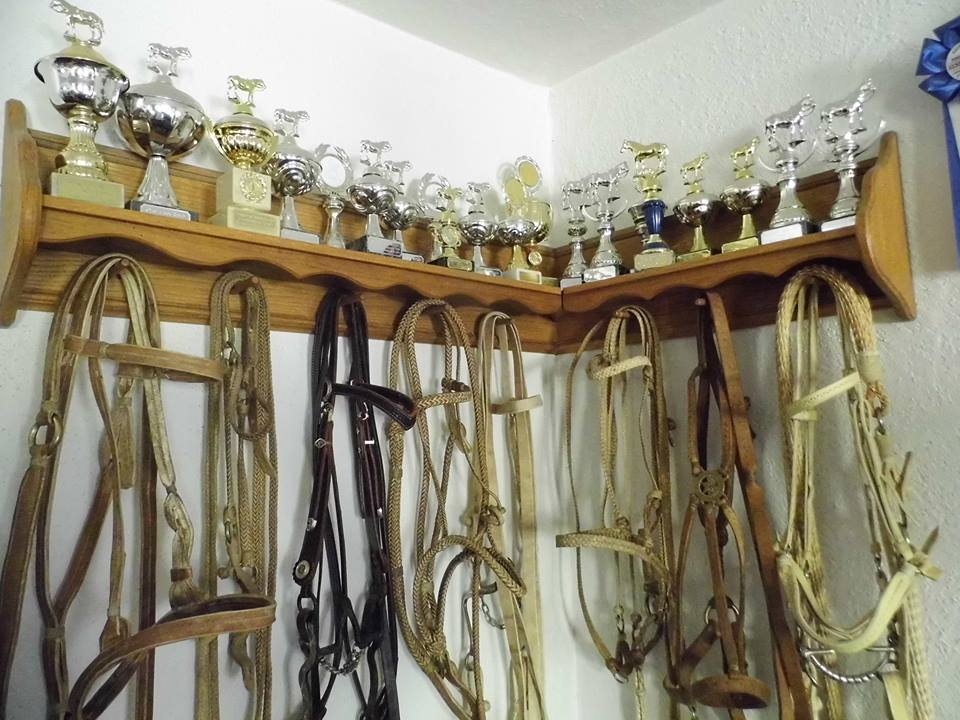 Founded by Marion Meyer that La Esperanza is an important breed in Germany that got very good results in sport, and especially Working Cow Horse and Cattle Penning with its famous stallion Tape Isidoro. La Esperanza also owns Estoque las Piedritas, a young stallion with very good abilities in reining and working cow horse as well.

For more information you can visit la Esperanza's website: https://criollosdeutschland.wordpress.com

Cabana La Cimarrona was founded in 1992 in the Black Forest. All imported broodmares and stallions wom important awards in Uruguay. Bernhard Rudolf and his team attach great importance to the highest quality of his Criollos. Therefore he consistently uses successful and new bloodlines from South America. The milk of the Criollo mares is also being used for the production of CRIOLLA-Bio-Cosmetics.
La Cimarrona uses the stallion "Engano Caraguata" in collaboration with la Cabana Laguna de Las Rosas in Switzerland. This stallion was very successful in Uruguay as well as in Europe. The most important results of Engano Caraguata in competitions in Europe were: in the Americana Show 2011 (the only Criollo under Quarter Horses), the 3rd place in the NRHA freestyle open, the 4th place in the Hackamore 5 years and under competition, the 8th place at the ERCHA Two Rein all ages. In 2012, at the Fieracavalli 2012 in Verona (Italy), he became Gran Campeon at the Concurso Morfologico Europeo and got the 1st place at the freestyle reining.
For more information you can visit the website: www.criolla.de 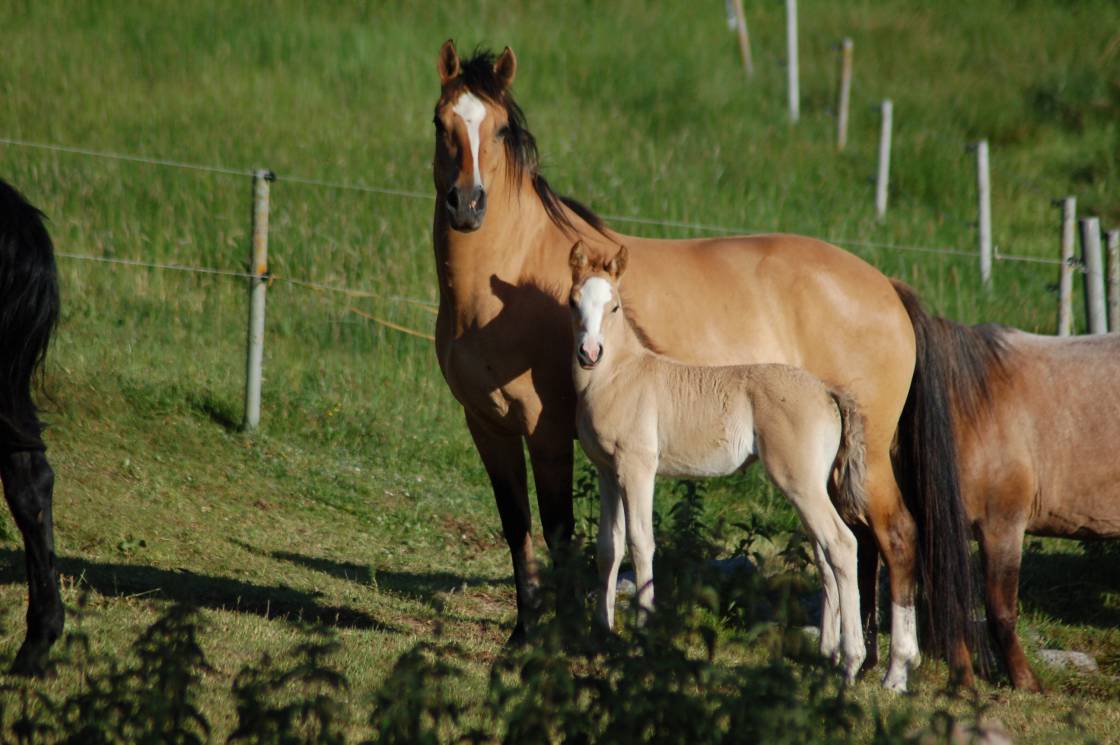 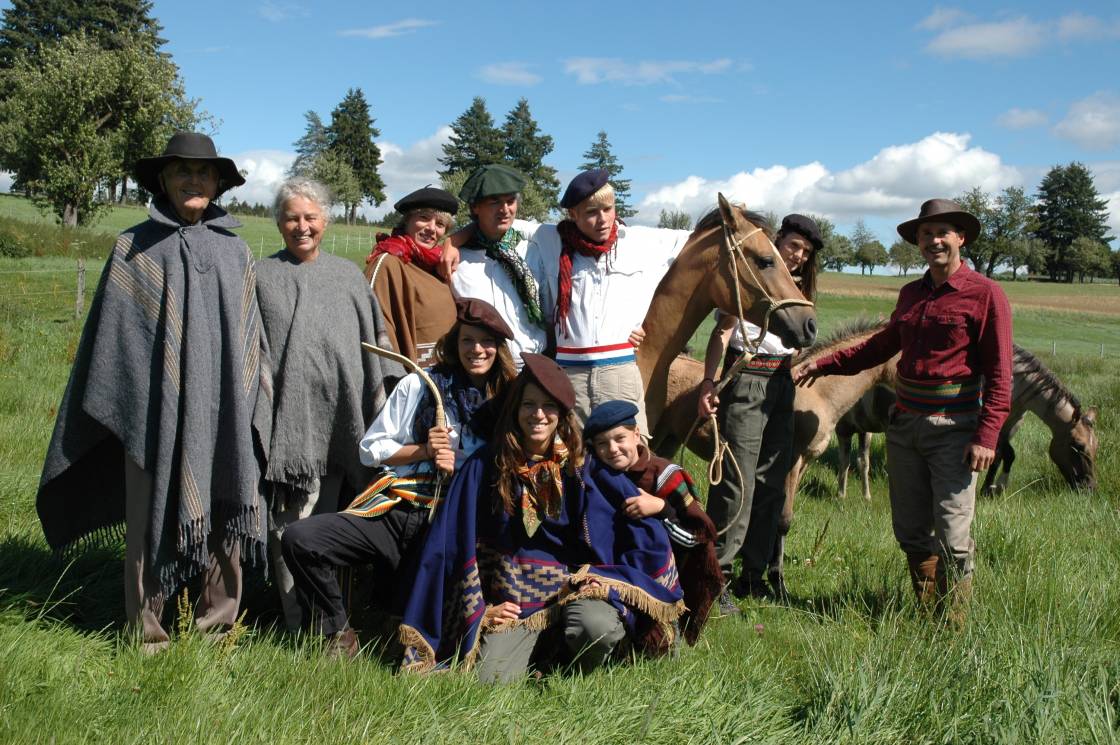 For more information you can visit the website: http://www.hs-corral.de

Tom’s Criollo Ranch started breeding Criollos in a beautiful rural area approx. 50 km south of Frankfurt in 2003. They have won lots of breeding awards with their horses, their stallion Yamandu la Primera was e.g. 2nd best stallion of all 26 stallions shown at the licensing in Alsfeld on 03.10.15. Tom’s Criollo Ranch have already sold horses to France and Switzerland and speak French and English fluently. For more information you can visit the website: http://www.criollo-ranch.de 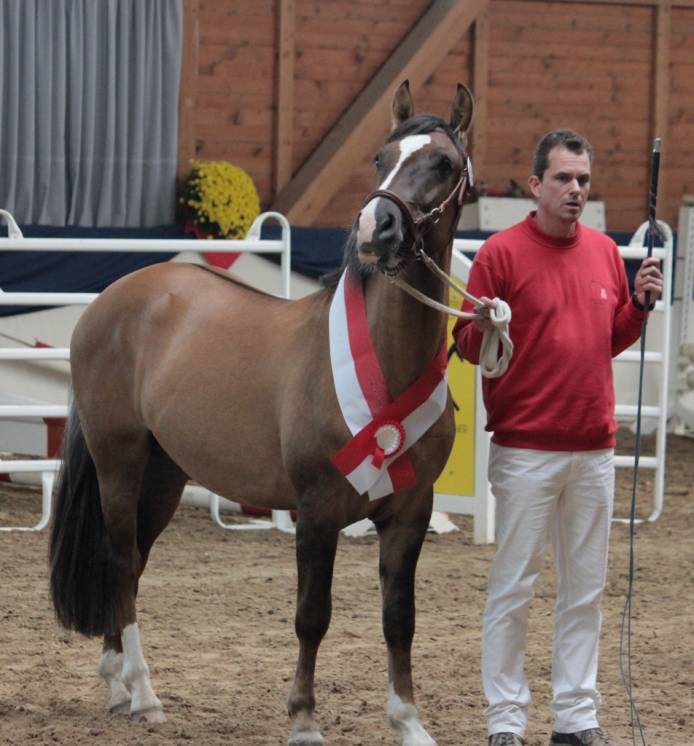 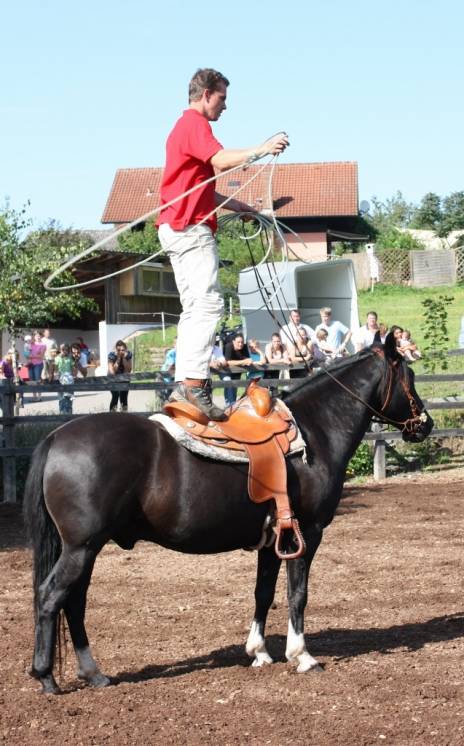 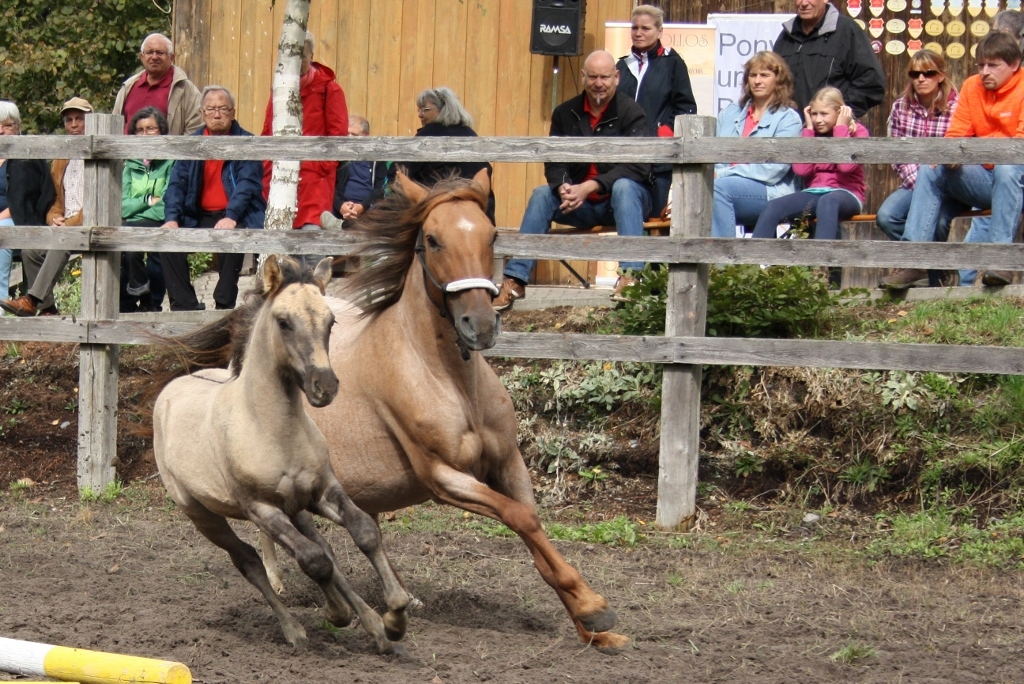 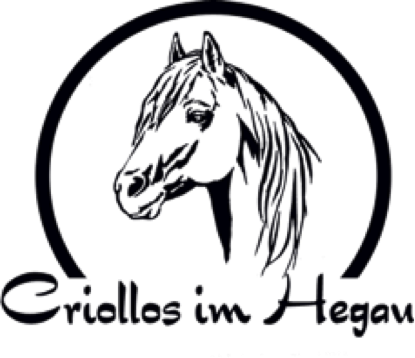 For more information you can visit la the website: www.criollos-im-hegau.de

This breed is actually in Switzerland in the german-speeking part of the country.

This breed is managed by Alexander Luechinger.
The breed uses actually a very nice stallion, Engano Caraguata, imported from Uruguay. This stallion was very successful in Uruguay as well as in Europe. The most important results of Engano Caraguata in competitions in Europe were: in the Americana Show 2011 (the only Criollo under Quarter Horses), the 3rd place in the NRHA freestyle open, the 4th place in the Hackamore 5 years and under competition, the 8th place at the ERCHA Two Rein all ages. In 2012, at the Fieracavalli 2012 in Verona (Italy), he became Gran Campeon at the Concurso Morfologico Europeo and got the 1st place at the freestyle reining.

For more information you can visit the webpage: www.criollo-schweiz.ch 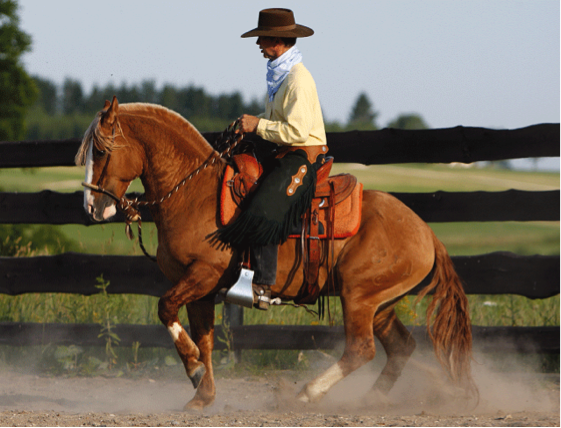 For more information you can visit the website: http://www.alpin-trails.de/ 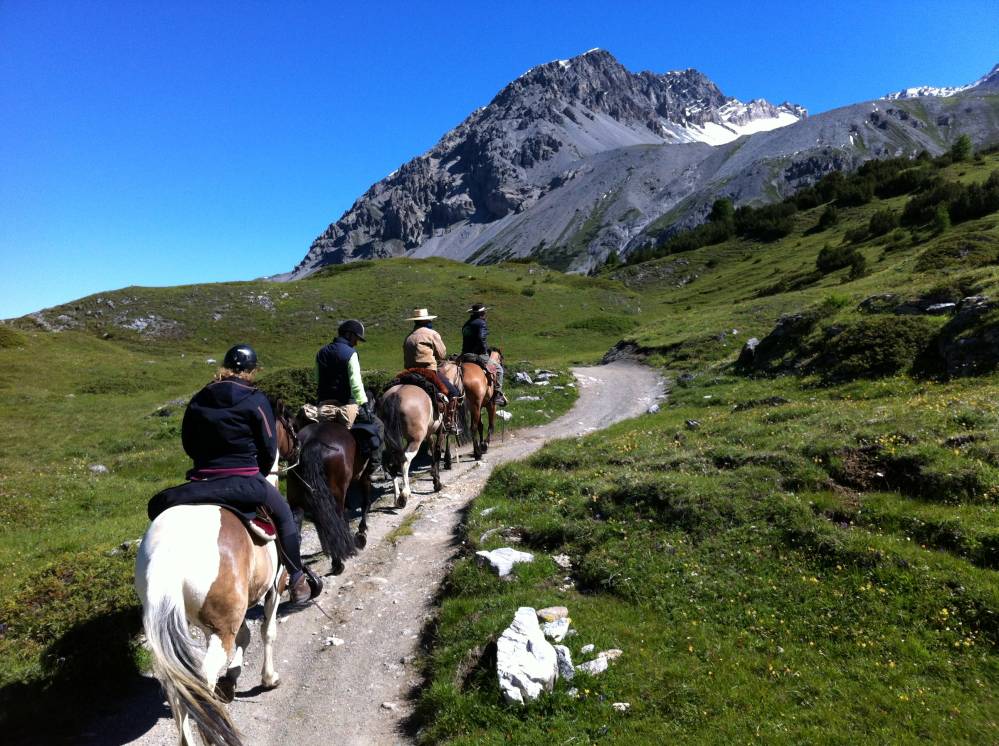 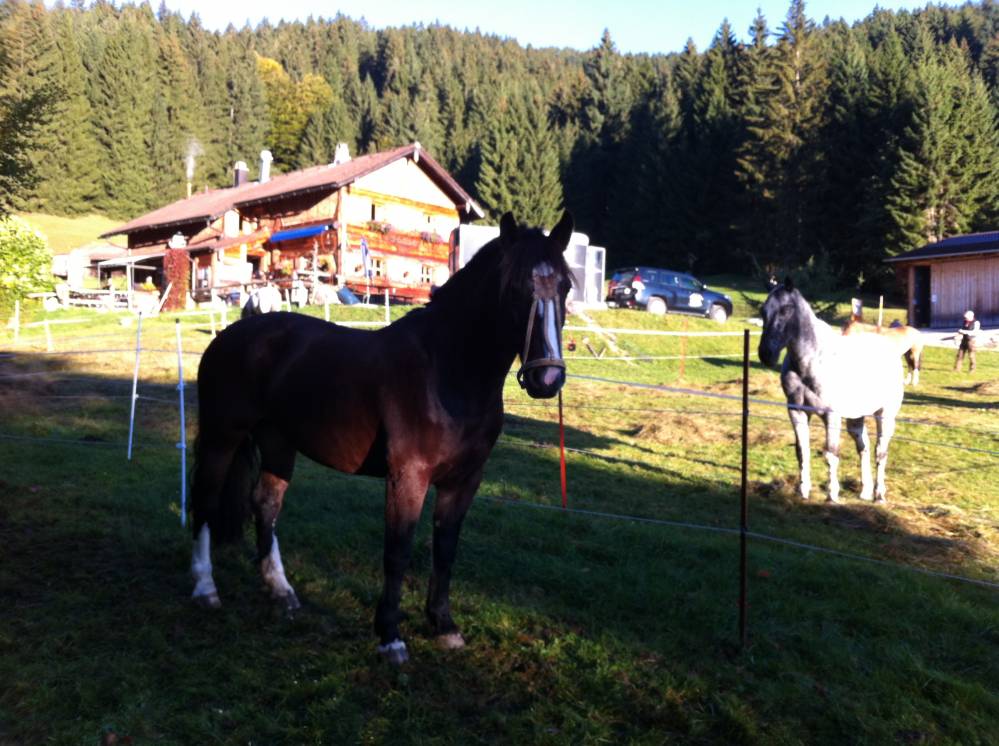 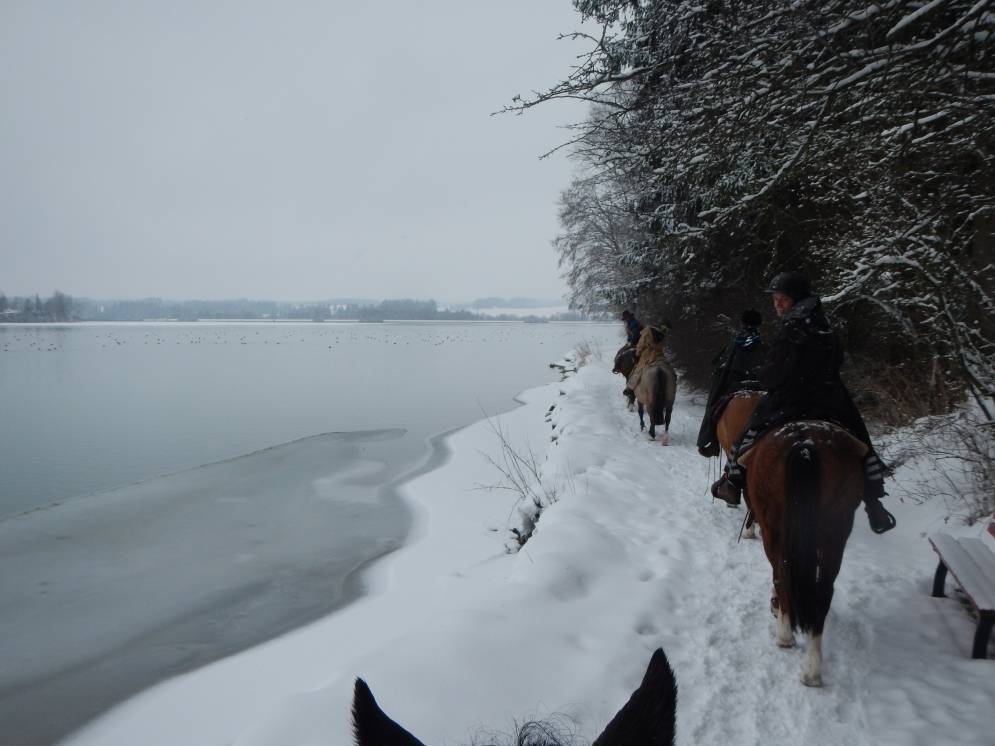 This page was made possible with the participation of the CRZVD and especially Conrad Hoyos from « La Primera », President of the CRZVD, who drafted most of the articles, and Judith Hüttl the press manager of the CRZVD.
Special aknowledgement to breeders who provided information as well : Andreas Wedermann form CP- Criollos, Benjamin Philipp from Criollos de Baviera

10/03/2017
Like every years, le CRZVD publishes during the first Trimester of the year its "Revista" presenting all the breeders in...

Annual Meeting of the CRZVD 2016