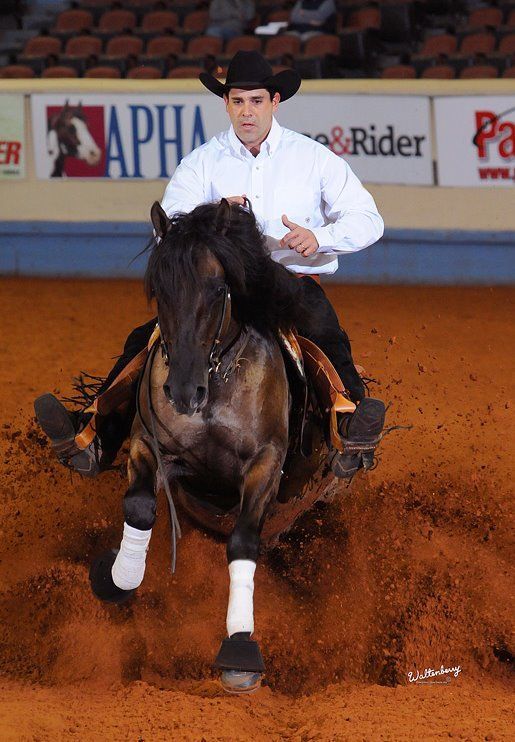 CHAPTER 1: Analysis of the 2016 ANCR Reining Futurity Results in Brazil


We are lucky to count in Europe with a specialist of Criollo’s functional pedigrees, Mr. Andreas Werdermann, from the German Criollo Breed CP Criollos.

Andreas is the owner of Cimarron de Baviera, a Criollo stallion showed by his son and professional rider Joschka Werdermann, with the greatest results in Reining, Working Cowhorse and Ranch Riding competitions in Germany and Europe.

Andreas has been watching and studying the results and pedigrees of many Criollos in Brazil, especially those that were showed in Reining competitions and Freno de Oro, making correlations between the genealogies of these functional horses.
The Freno de Oro is a competition born in Brazil, currently practiced in Argentina and Uruguay as well, where each competitor will be evaluated taking into account the morphology of the horse, the way he naturally moves, and its results in 4 different kind of competitions, with cattle and without cattle. Some exercises are quite similar to Reining: sliding stop, spin, and circles.

Brazil is the country where most opportunities in Reining were given to Criollos. Criollos are already bred and selected to compete in Reining national competition where Quarter Horses used to have the leadership.

As underlined by Andreas, last year, in 2016, there were 11 Criollos participating at the ANCR Reining Futurity in Brazil (in total, 58 competitors, most of them Quarter Horses). The ANCR is the Brazilian National Association of Reining Horses, a NRHA member organisation.

Andreas evaluated the ANCR Futurity results and the ABCCC (the Brazilian Association of Criollo Breeders) database concerning the participating Criollos, and made several interesting conclusions.

He notices that in the average, the 11 participating Criollos had better results and scores than most of the Quarter Horses. 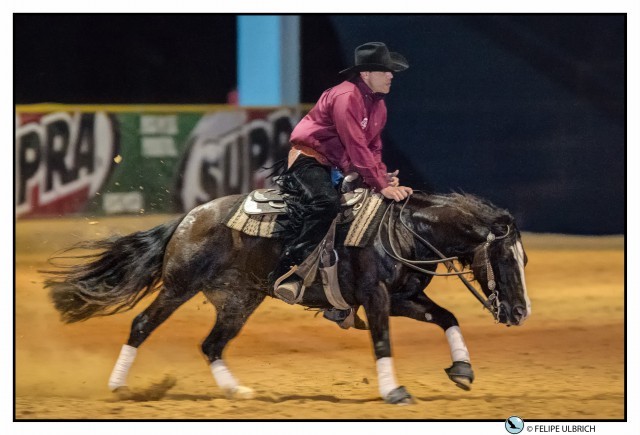 He explains that 4 of these 11 Criollos are from Duque do Caijaara (*1999), a Criollo stallion that was a ANCR Futurity Winner, Champion Snafle-Bit ANCR, Champion Copa Querência, ABCCC National Champion, NRHA Reinarama Champion (USA), NRHA Derby Finalist (USA).  Duque do Caijaara is the son of BT SULTÃO (a stallion from Brazil) which comes from La Invernada Hornero (Chile) and Tinajero Presumido (Chile) by Aculeo Condorito (Chile). 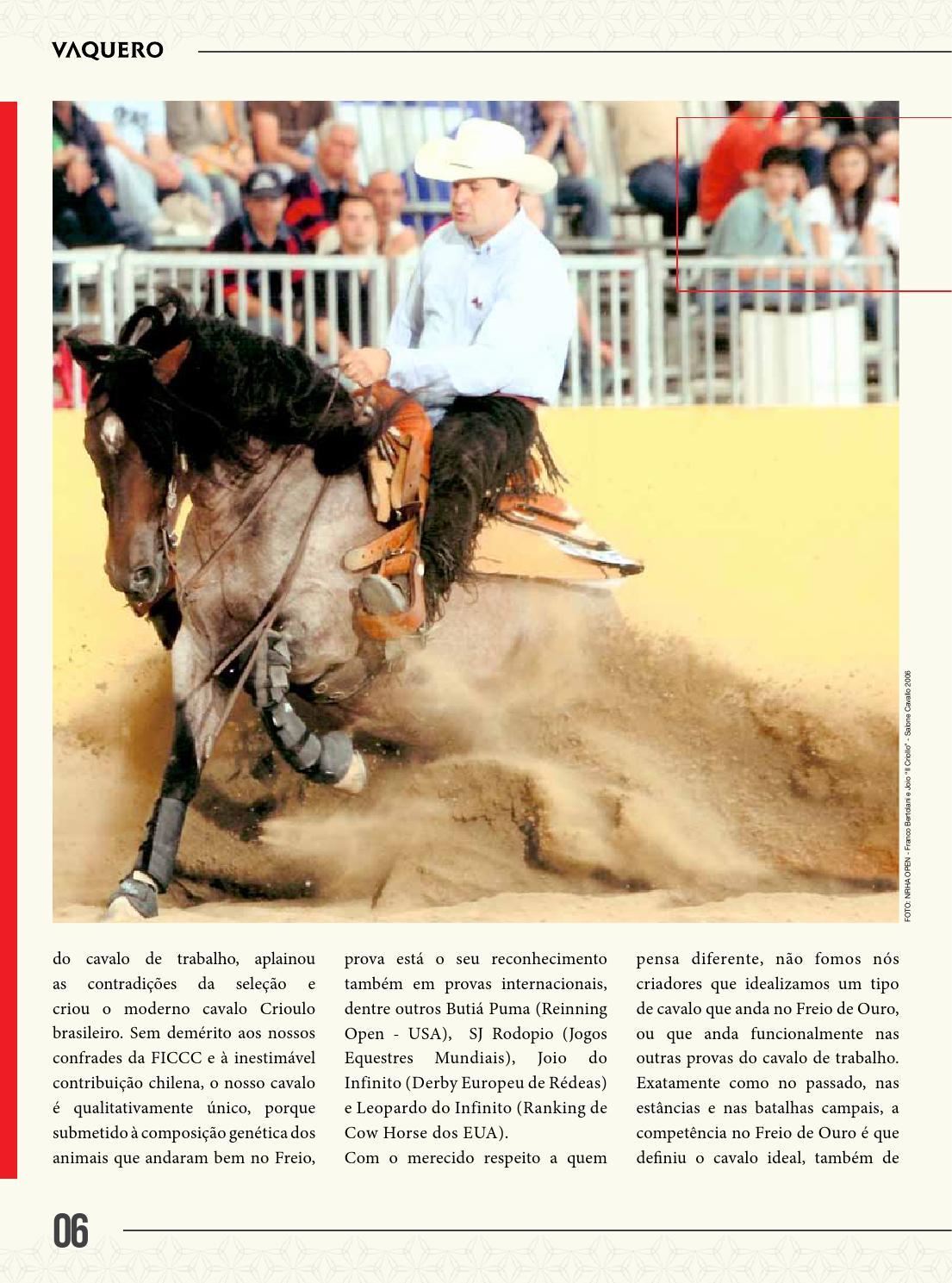 You can watch JOIO DO INFINITO's performance at the 2006 IRHA Derby following this link:

JOIO DO INFINITO (*2000), is a son of CÔNSUELO DO INFINITO (BRAZIL) and has twice in its pedigriee SANTA ELBA SEÑUELO (CHILE) and once MUCHACHO DE SANTA ANGÉLICA (CHILE).

Then, 1 of these 11 Criollos is from SJ Rodopio, a Criollo stallion that participated with the Brazilian Team at the World Equestrian Games in 2010 and 2014 (7th place) and won the Copa Querência 2012 with a score of 224). 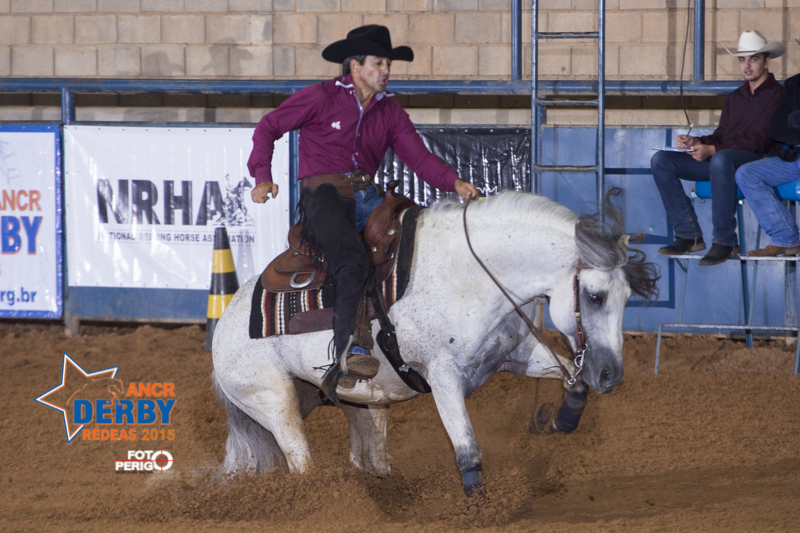 SJ RODOPIO (*2002) is a son of BT MOURO (BRAZIL) that comes from LA INVERNADA HORNERO (CHILE), and also have in its pedigree BELLAVISTA TAIMADO (CHILE) and DON FAUSTO (CHILE).

In conclusion, it appears that all of these three fathers (Duque do Caijaara, Joio do Infinito, SJ Rodopio) wich were successful in Reining have fathers from Brazil and both father and mother of these three stallions are have famous functional Chilean bloodlines.

More interesting Data on these champions:

Criollos are not tall horses. The normal standard of the breed admits horses between 138 cm and 148 cm. The average height of these 11 Criollos at the age of 3 years was 140,9 cm, and for instance, Craque Marca dos Santos at this age was only 139,5 cm!

There were 8 geldings, 2 stallions and 1 mare. The TOP 3 Criollos participating to the qualifying session were: 1 gelding, 1 stallion, 1 mare.

Regarding Pedigrees, Andrea identified that 58% of the pedigrees in the parental generations 1-4 have famous functional bloodlines. From those, 76% are from Chile, 5% from Argentina and 19% from Brazil.

10 Criollos of these 11 Criollos descend from La Invernada Hornero, and 3 of them even twice!

All of the Criollos with the TOP 5 scores have fathers with success in Reining.

The ( C ) refers to Chile and (B) to Brazil, countries of origin of these stallions.

This is a complete list of all bloodlines occurring at least twice in between the 11 pedigrees of horses subject to this study.