Some of you heard about this website project almost three years ago, it finally sees the light on January 2016!

This website, made in three languages, is entirely dedicated to the promotion of the Criollo Horse and aims at facilitating, in particular, its promotion over its land of adoption: Europe. It also aims at making easier the circulation of the information between European countries, between breeders and between European associations, as well as between Europe and Criollos’ home countries (Uruguay, Argentina, Brazil and Paraguay), and to encourage anyone who does not know this marvelous Horse to discover it, know it better and be willing to love it.

This horse raises passions, and to be convinced of it, it is sufficient with making a trip to its home lands, or more simply to go to the Fiera Cavalli in Verona (Italy) or to the Fiesta Gaucha in Dalwitz (Germany), or even easier to have a look on this website. Do you know many non-institutional or associative websites like this one entirely focused on a simple breed?

Some elements are currently missing in Criollo-Horse.com, like the Logo that is coming soon. You will unfortunatly find some mistakes that will be corrected step by step, and there is so much more information that needs to be published on Criollos! For the moment, sections “News” and “What’s new” are available in order to boost the website and to share the last news or events regarding Criollos. In a latter time, some new sections like “announcements” and “advertisement” will be available in order to make breeders and other interested people more visible on the net.

Criollo-Horse.com is the result of a large number of exchanges with a lot of people, all Criollo Lovers, who throughout discussions, writings, e-mails, calls and meetings made this project possible. It also results from of a strong passion for Criollos and from the conviction that theyhave a promising futur in Europe. I would like to thank, in particular, starting with “Criollistas” from South-America:
From the European side, I would like to thank in particular:

My very last thank, but probably the biggest, goes to my friend Luc from Diaphragme.net who spent a lot of hours to build this website.

To conclude, I will simply recall an enthusiastic expression from Denis Lanzanova, President of the ANACC: 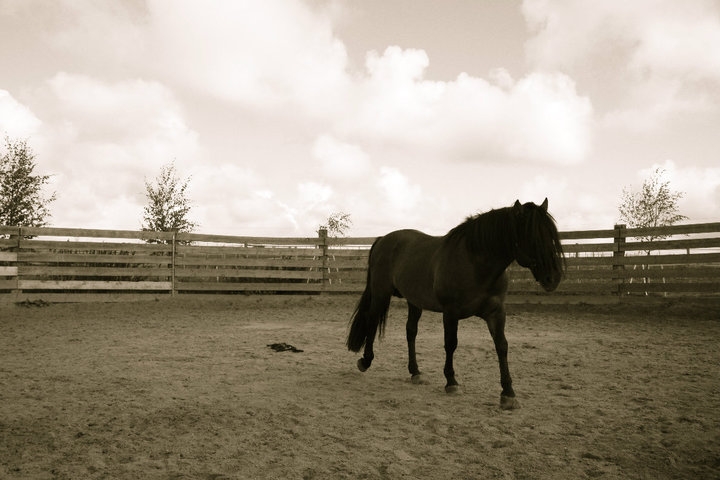