Where does the Reining talent of the Criollos come from? 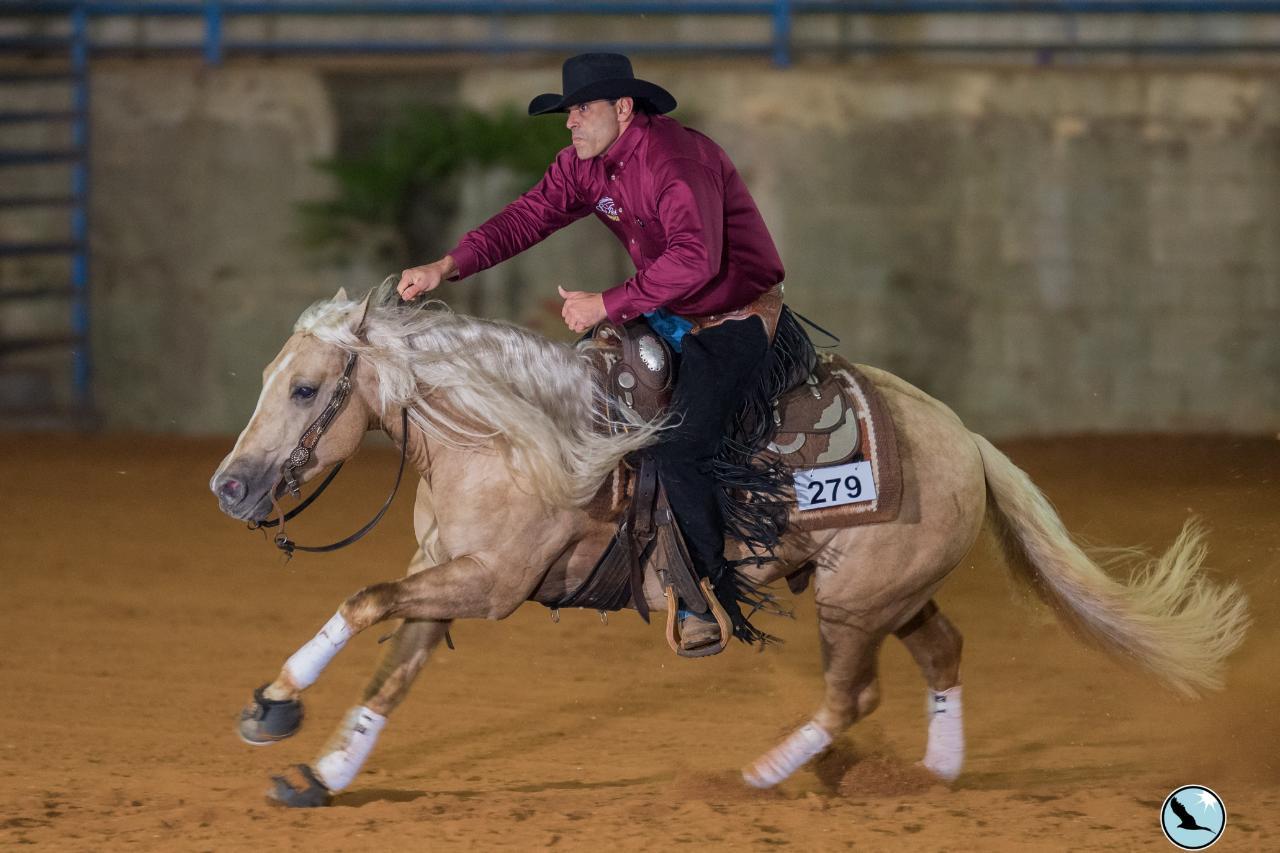 Searching for clues: Where does the Reining talent of the Criollos come from?
Is there a "Doc Bar" in the breed of Criollos ?

In September 2018 it was time again: The entire equestrian world looked to Tryon North Carolina, USA, where the best of the best at the World Equestrian Games (WEG) competed in eight disciplines of equestrian sports, including a Western discipline - Reining.

Twenty-two riders and horses reached the Reining single final, including 21 horses with Quarter Horse pedigree - and a Criollo, true descendant of the Iberian horses, who came to America with the Conquistadors in the 16th century:
F5 Licurgo Tapajós. Under his rider Roberto Jou Inchausto from Brazil he performed a 221.5 - place 11!

The performance of Roberto and Licurgo in the qualification was worth a contribution on the FEI homepage – „King Criollo“: (https://www.fei.org/stories/king-criollo-reining)

Now, Criollos with Reining talent are not exceptional, even though the 11th place and a 221.5 in the Reining Individual final is the best finish ever to reach a horse without Quarter Horse ancestry at the World Equestrian Games: WEG 2010 in Kentucky took the Brazilian National Reining team with the two Criollos SJ Rodopio and Leopardo do Infinito directly behind the German team in seventh place, SJ Rodopio and his rider Wellington Teixeira contributed with a 217 the highest score of the Brazilian team. In the Reining singles final, Wellington Teixeira and SJ Rodopio took 14th place with a 216.


2010 is not the first year in which a Criollo has attracted international attention in the reining scene: In 2004, Butiá Puma was NRHA Open Champion under his rider Carlos Deleu, the first Criollo to win an NRHA Bronze Trophy. In 2006, the Brazilian rider Franco Bertolani won a series of titles with the Criollo Joio do Infinito in Italy, including the International Champion Open IRHA Summer Slide - IRHA is the Italian NRHA member association.

The amazing thing: Joio do Infinito originates from the breeding of Agropecuaria Infinito Ltda. in Brazil - I looked at their website and found not a single reference to Reining. Joio was not bred for Reining sport, was he?
How can a horse that is not Reining bred become an International Reining Open Champion!? 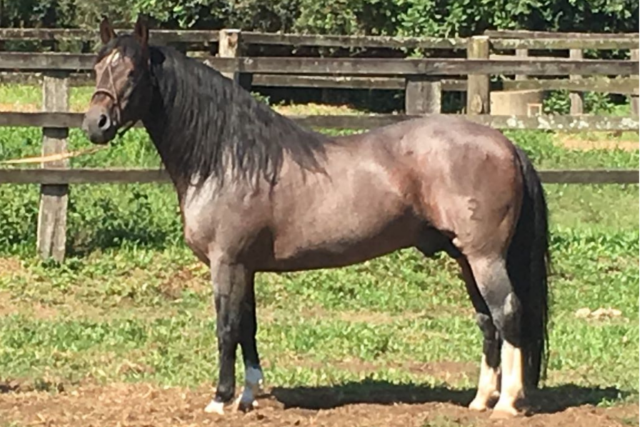 Incidentally, the Brazilian NRHA member association is called ANCR and was founded in 1989, two years after the German NRHA and 23 years after the NRHA USA. The highest score ever achieved at an official ANCR contest was the Criollo Infinito do Itapororo, a 232 (77-77-78), at the ANCR Futurity 2000. The event was NHRA approved, two Brazilians were among the judges and one was from the USA. Infinito do Itapororo died in February 2019 at the age of 22. 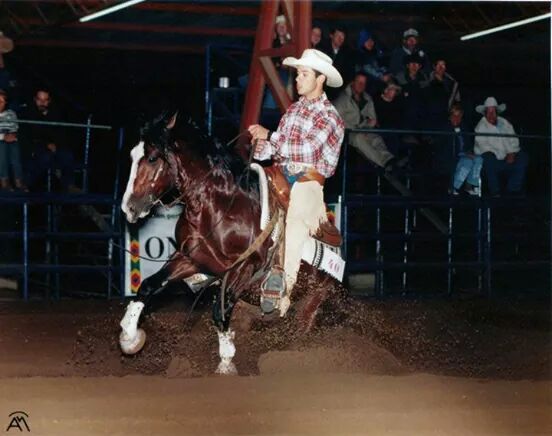 In recent years, the most successful Reining Criollos by far came from the Cabanha Marca dos Santos.
The horses bred by Mrs. Gilvane Marca dos Santos won a variety of Champion and Reserve Champion titles. To qualify for the leadership position of the Marca dos Santos-Criollos in the Reining discipline, I limit myself to the ANCR Futurity achievements in Open competitions, NRHA-approved: Marca dos Santos placed the best-placed Criollo of the series three times in a row from 2016 to 2018 ANCR Futurity Open, every time a young horse of this Cabanha was among the TOP-3 of the highest level 4, with scores between 218 and 220. Estupendo Marca dos Santo was also finalist of the NRHA Futurity 2018 in Oklahoma USA under his rider Roberto Jou.

Short interim conclusion: Reining achievements of the Criollos are not a unicum!

Before we visit Gilvane Marca dos Santos on her Cabanha, we meet Roberto Jou Inchausto from Brazil, who rode F5 Licurgo Tapajós at the WEG 2018 and his son Estupendo Marca dos Santos at the NRHA Futurity 2018: Roberto Jou went to the USA in 1998 to learn how to train and show Reining horses. Since the year 2000 he has been a professional Reining rider who knows both Quarter Horses and the best Brazilian Reining Criollos:

Roberto, can the Brazilian Reining Criollos compete with the best Quarters?
RJ: „I think Criollos and Quarter Horses have the same potential. The really big difference between the two breeds is the number of horses trained and shown in Reining: much more Quarter Horses than Criollos are shown in Reining - and yet Criollos show outstanding results, see 2018 World Equestrian Games. I believe we have not experienced the full potential of the Reining Criollos yet.“

Do Criollos need different training than Quarter Horses?
RJ: „There are probably small differences in the training of Quarter Horses and Criollos. But it is the same with the really good representatives of their breeds.“ 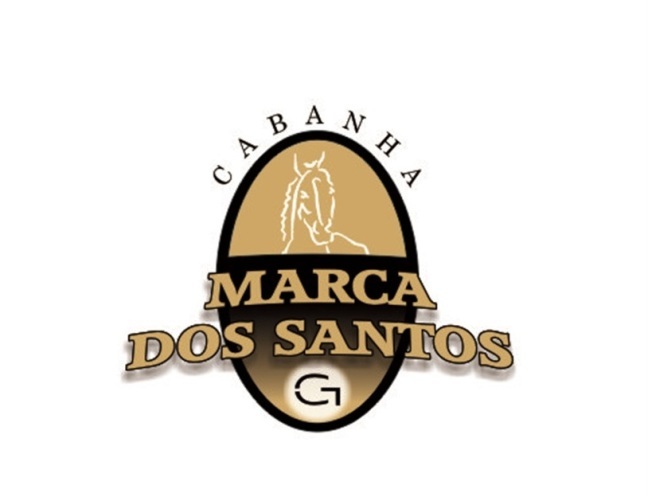 The picturesque Cabanha Marca dos Santos in Viamão, Rio Grande do Sul is home to 42 Criollos. It has a riding arena, indoor riding arena, covered roundpen, walker for 8 horses, stables, pastures, covering stand, a warm and functional environment where the horses and the staff and coaches of the Cabanha Marca dos Santos feel pleasant.
It all began when Gilvane Marca dos Santos wanted to learn how to ride in 2000 and bought a mare by the roadside, Cigana. In 2005, the family had first contact with the Reining world, because Gilvane and her then 14-year-old son attended a Reining course with Jango Salgado.
The Brazilian Jango Salgado is also known internationally in the world of Reining: As a disciple of Doug Milholland (USA), he has been a professional trainer since 1988 and co-founder of the ANCR in 1989. He won many ANCR and AQHA titles and finished third at the FEI World Reining Masters Open in 2004 with a Quarter Horse.
The input of Jango Salgado was a hit for the family: Immediately at the first start in 2005 Gilvanes son won an amateur Reining with the mare Bragada Gravatá. 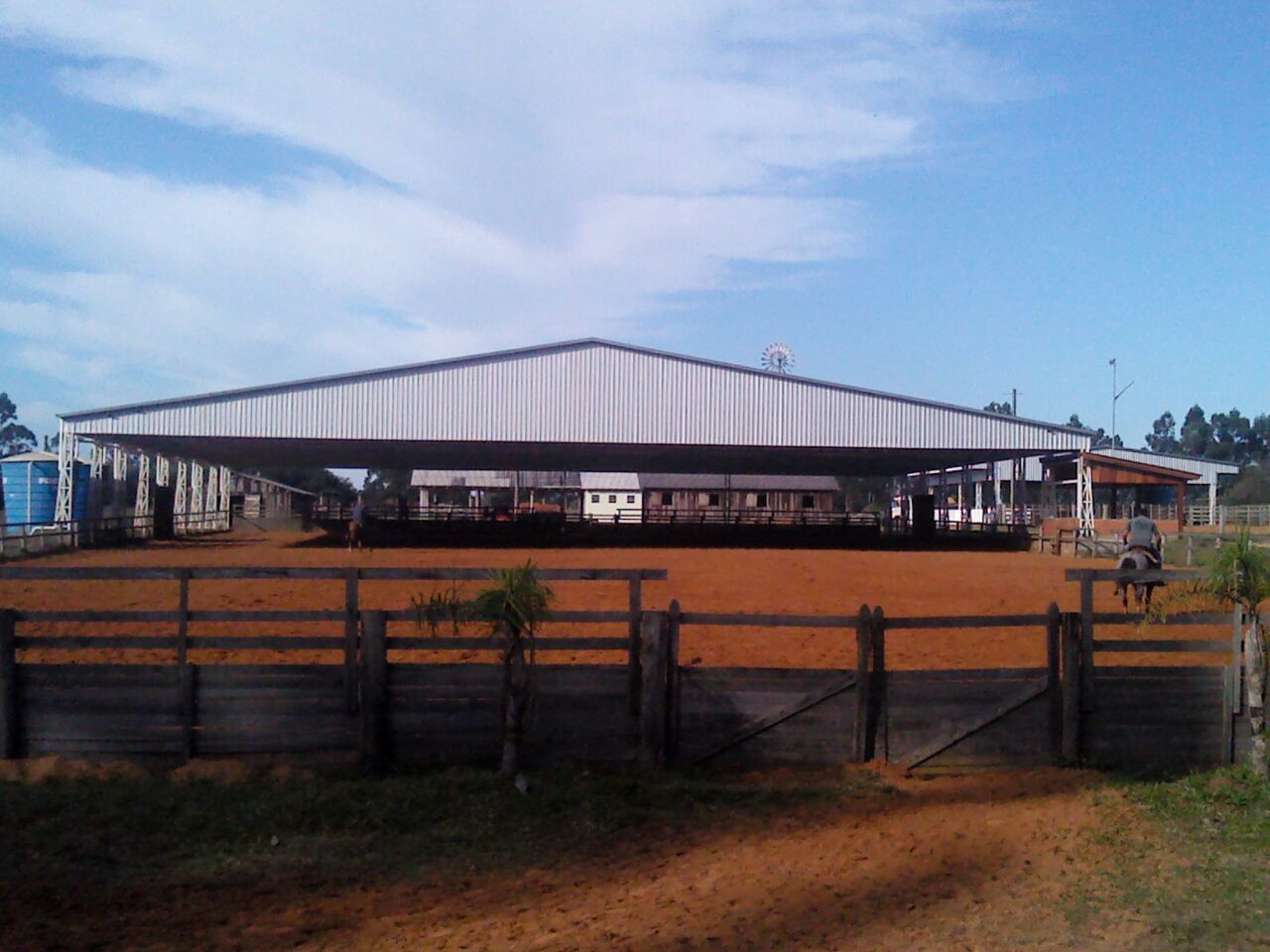 Gilvane Marca dos Santos describes the emergence of her breeding of Reining-Criollos as follows:
GM: „... In 2008 we won the ANCR Amateur Futurity, but with horses from other breeders. We bought the horses with the most reining talent. We invested in animals, coaches, several from Brazil and from abroad. We advised our work team and conducted several courses with trainers. And we continue to invest a lot in the education of our employees, in the areas of nutrition, shoeing and training. We are working hard to prevent injuries, especially with the help of cryotherapy and magnetic field therapy. I am a veterinarian specialized in clinical and equine surgery as well as physiotherapy. All the work is supervised by me, finally the Cabanha Marca dos Santos emerged from my desire to learn to ride and she became a passion. Our team relies on the sires Joio do Infinito, VB Eldorado Dragão, F5 Licurgo Tapajós and Remendo do Purunã.“ 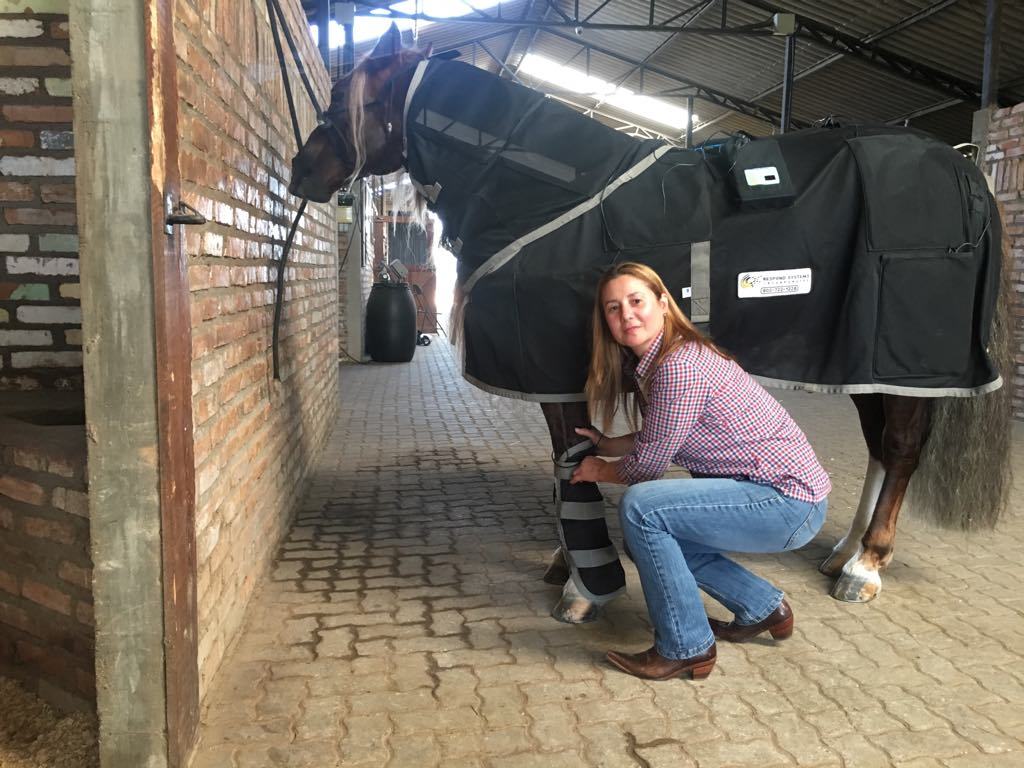 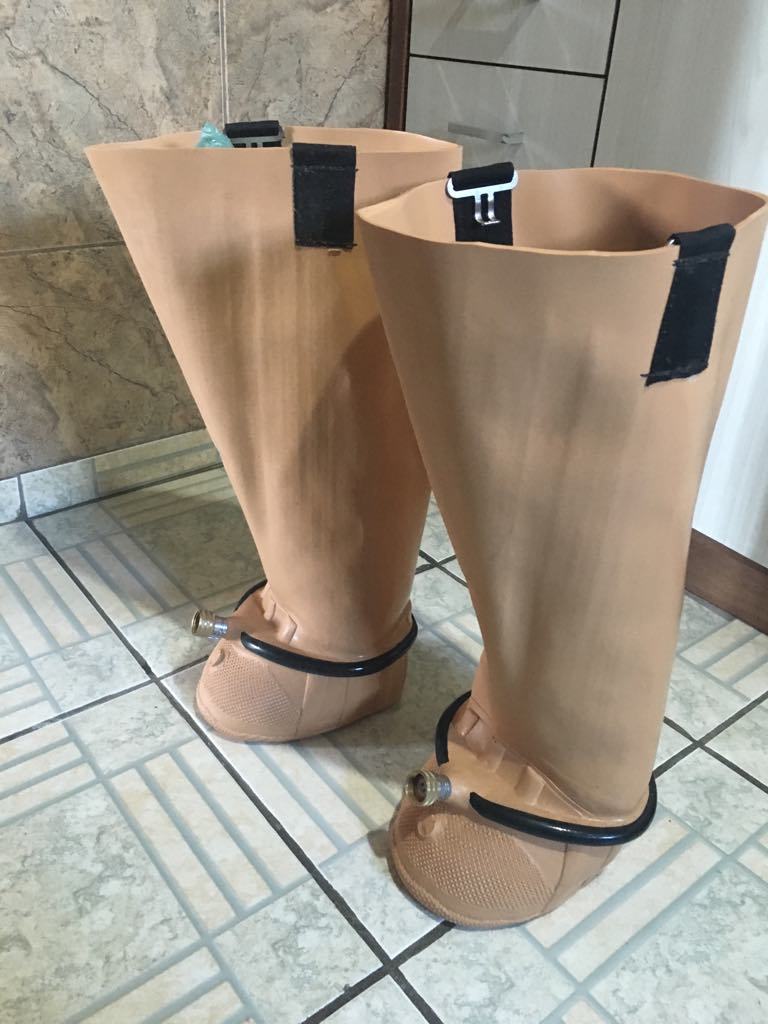 Gilvane, let's have a look at the lineages of your successful Futurity Criollos 2016-2018: Craque Marca dos Santos, from Joio do Infinito out of Bragada Gravatá (2016) ; Dom Eldorado Marca dos Santos, from VB Eldorado Dragão out of Oropel do Infinito (2017); Estupendo Marca dos Santos, from F5 Licurgo Tapajós out of Aroeira 02 Base (2018) -Three horses - three different fathers and mothers owned by you - all parents and some grandparents have                 Reining successes! That's what I call planned breeding!
GM: „Yes, I think blood is thicker than water, I mean, if you take kids from champions, you're more likely to have a champion born. We select the parent animals of a mating especially according to their Reining results, morphology, temperament and talent.“

Roberto Jou was interviewed at the NRHA Futurity in Oklahoma on the occasion of his start with Estupendo Marca dos Santos , saying that Criollos are much like Quarter Horses: What do the two races have in common, what makes them different?
GM: „When Roberto was interviewed at the NRHA Futurity in Oklahoma, he also said that the Quarter Horse had years of breeding selection, the Criollos started later with Reining. The Criollo is more rustic, more resilient, has more tail, more mane and is later in its evolutionary developement.“

Why do you breed Criollos for Reining and not Quarter Horses?
GM: „I breed 98% Criollos and 2% Quarter Horses because I have a passion for the Criollos, their rusticism, their potential, stamina, gentleness, their type - they are part of our history and the horses of our pampas.“

What are important criteria for morphology, interior and genetics?
GM: „It is very important to pay close attention to these criteria - we try to take morphology and genetics equally into account in our breeding choices: the hind angle, shoulder angulation, neck position, combined with the genetics of sons or grandchildren of Reining Champions.“

Gilvane, where does the Reining talent of Criollos come from?
GM: „The talent of the Criollos results from the selection by the Freio de Ouro.“

Apart from that, is there anything important that you want to say to western riders in Germany?
GM: „What I have to say to the Western riders in Germany is: The Criollo overcomes distances, it breaks through language barriers, the passion for these horses connects us. I am the living proof that there are no limits when you are dreaming of a project and working continuously and unanimously on it. For what began with the dream and hope of the Marca dos Santos family, brought us, with the support of all the friends of the Criollos, to the World Equestrian Games, where we have represented our race to the whole world. Today we are 11th in the world and have the best Reining Criollo in the world. To the one who believes, everything is possible. The presentation of Licurgo at the World Equestrian Games has increased our family - I have received intercessions and thanksgiving from many. There is no greater treasure the Criollo brings along than family and friendship - and these are always welcome in the Marca dos Santos family.“

I thank Gilvane Marca dos Santos and Roberto Jou for their very insightful information and the impressive pictures!

"The Criollo overcomes distances and breaks down language barriers" - across national borders and continents.

The proof lies before you: This contribution to the topic "Where does the Reining talent of the Criollos come from?"

In the next part of our series, we will talk to Brazilian Criollo Breeders Association (ABCCC) President Francisco Kessler Fleck and learn more about the Freio de Ouro and the origins of the Criollos' Reining talent.

You may also like this article : KING CRIOLLO AT THE WEGs, Criollo-Horse.com 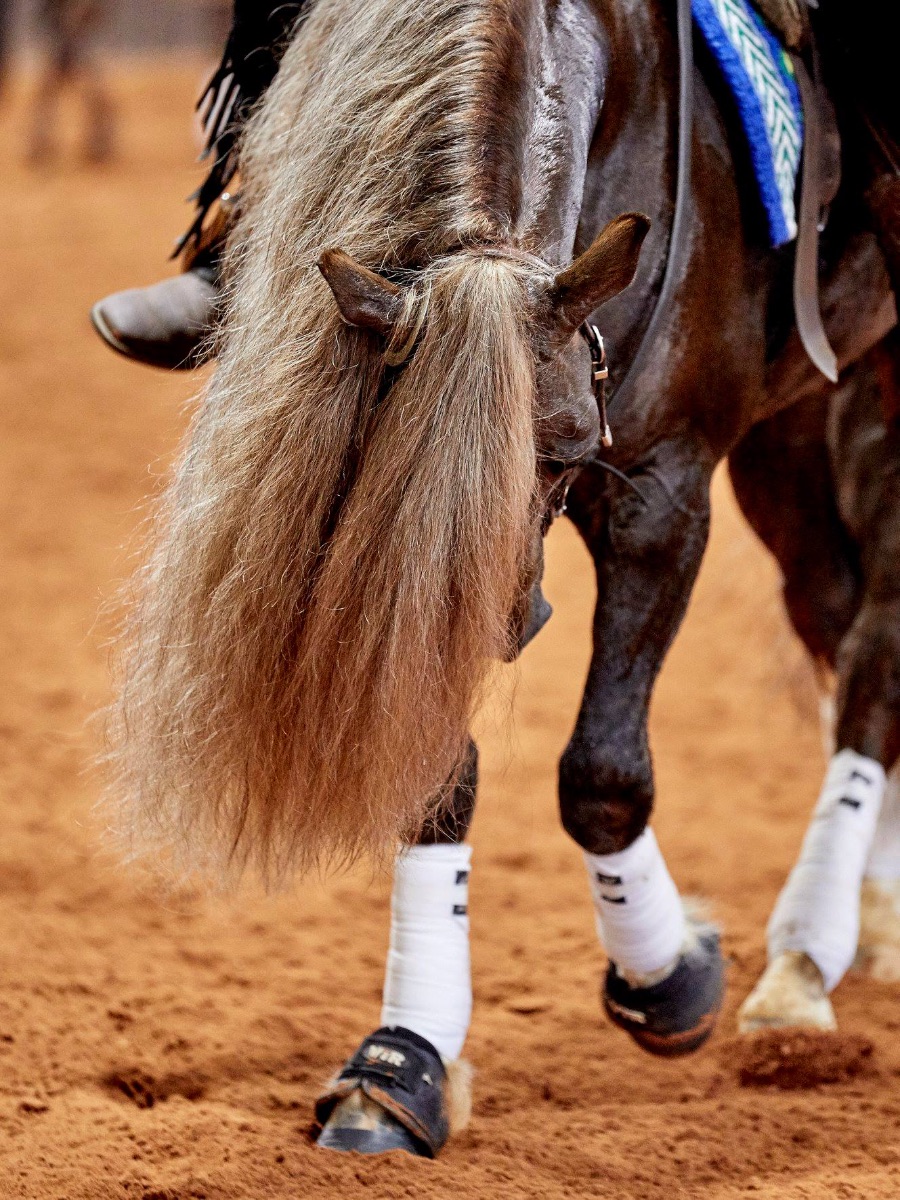